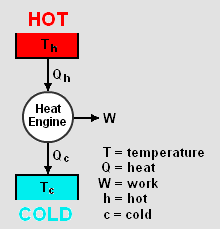 Historically, thermodynamics developed out of the need to increase the efficiency of the early steam engines developed in the 17th century.

The starting point for most thermodynamic considerations are the laws of thermodynamics, which postulate that energy can be exchanged between physical systems as either heat or work. They also postulate the existence of a quantity called entropy, which can be defined for any system. In thermodynamics, interactions between large ensembles of objects are studied and categorized. Central to this are the concepts of system and surroundings. A system is composed of particles, whose average motions define its properties, which in turn are related to one another through equations of state. Properties can be combined to express internal energy and thermodynamic potentials, which are useful for determining conditions for dynamic equilibrium and spontaneous processes.

With these tools, thermodynamics describes how systems respond to changes in their surroundings. This can be applied to a wide variety of topics in science and engineering, such as engines, refrigerators, phase transitions, chemical reactions, transport phenomena, and even black holes. The results of thermodynamics are essential for other fields of physics as well as for chemistry, chemical engineering, cell biology, biomedical engineering, and materials science, to name a few. 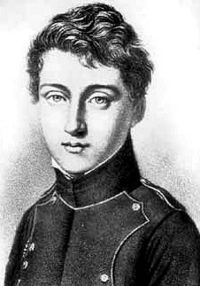 PD Portrait
Sadi Carnot as a student at the École Polytechnique in Paris, France

A short history of thermodynamics begins with the German scientist Otto von Guericke who in 1650 built and designed the world's first vacuum pump and created the world's first large-scale vacuum known as the Magdeburg hemispheres. He was driven to make a vacuum in order to disprove Aristotle's long-held supposition that 'Nature abhors a vacuum'. Shortly thereafter, British physicist and chemist Robert Boyle had learned of Guericke's designs and in 1656, in coordination with British scientist Robert Hooke, built an air pump. Using this pump, Boyle and Hooke noticed the pressure-temperature-volume correlation. In time, the ideal gas law was formulated. Then, in 1679, based on these concepts, an associate of Boyle's named Denis Papin built a bone digester, which is a closed vessel with a tightly fitting lid that confines steam until a high pressure is generated.

Later designs implemented a steam release valve to keep the machine from exploding. By watching the valve rhythmically move up and down, Papin conceived of the idea of a piston and cylinder engine. He did not however follow through with his design. Nevertheless, in 1697, based on Papin's designs, engineer Thomas Savery built the first engine. Although these early engines were crude and inefficient, they attracted the attention of the leading scientists of the time. One such scientist was Sadi Carnot, the "father of thermodynamics", who in 1824 published "Reflections on the Motive Power of Fire", a discourse on heat, power, and engine efficiency.[4] This marks the start of thermodynamics as a modern science.

The laws of thermodynamics

In thermodynamics, there are four laws of very general validity, and as such they do not depend on the details of the interactions or the systems being studied. Hence, they can be applied to systems about which one knows nothing other than the balance of energy and matter transfer. Examples of this include Einstein's prediction of spontaneous emission around the turn of the 20th century and current research into the thermodynamics of black holes.

The four laws are:

The increase in the internal energy of a closed system is equal to the amount of energy added to the system by heating, minus the amount lost in the form of work done by the system on its surroundings.

The total entropy of any isolated thermodynamic system tends to increase over time, approaching a maximum value. 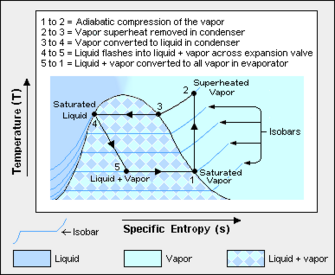 As can be derived from the energy balance equation on a thermodynamic system there exist energetic quantities called thermodynamic potentials, being the quantitative measure of the stored energy in the system. The four most well known potentials are: 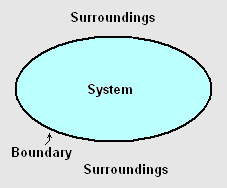 An important concept in thermodynamics is the “system”. A physical system is the region of the universe under study. A system is separated from the remainder of the universe by a boundary which may be imaginary or not, but which by convention delimits a finite region.[5] The possible exchanges of work, heat, or matter between the system and the surroundings take place across this boundary. There are five dominant classes of systems:

For isolated systems, as time goes by, internal differences in the system tend to even out; pressures and temperatures tend to equalize, as do density differences. A system in which all equalizing processes have gone practically to completion, is considered to be in a state of thermodynamic equilibrium.

When a system is at equilibrium under a given set of conditions, it is said to be in a definite state. The state of the system can be described by a number of intensive variables and extensive variables. The properties of the system can be described by an equation of state which specifies the relationship between these variables. State may be thought of as the instantaneous quantitative description of a system with a set number of variables held constant.

The number of independent variables that determines uniquely the state of a thermodynamic system is equal to the number of energy contacts of the system with its surroundings (is the number of conjugate pairs).

Classical thermodynamics is the original early 1800s variation of thermodynamics concerned with thermodynamic states, and properties as energy, work, and heat, and with the laws of thermodynamics, all lacking an atomic interpretation. In precursory form, classical thermodynamics derives from physicist Robert Boyle’s 1662 postulate that the pressure P of a given quantity of gas varies inversely as its volume V at constant temperature; i.e. in equation form: PV = k, a constant. From here, a semblance of a thermo-science began to develop with the construction of the first successful atmospheric steam engines in England by Thomas Savery in 1697 and Thomas Newcomen in 1712. The first and second laws of thermodynamics emerged simultaneously in the 1850s, primarily out of the works of Julius Mayer, William Rankine, Rudolf Clausius, and William Thomson (Lord Kelvin). The latter coined the term thermodynamic in his 1849 publication An Account of Carnot's Theory of the Motive Power of Heat.[6] The first thermodynamic textbook was written in 1859 by William Rankine, a civil and mechanical engineering professor at the University of Glasgow.[7] This book[8] contains a chapter (chapter 3 in Part III) entitled "Principles of Thermodynamics". 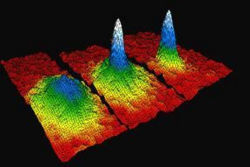 (PD) Images: JILA (University of Colorado and National Institute of Standards and Technology)
Three dimensional snapshots in time of rubidium atoms being condensed into Bose-Einstein Condensate at less than 170 billionths of a degree above absolute zero 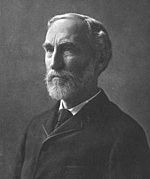 Chemical thermodynamics is the study of the interrelation of heat with chemical reactions or with a physical change of state within the confines of the laws of thermodynamics. During the years 1873-76 the American mathematical physicist Willard Gibbs published a series of three papers, the most famous being On the Equilibrium of Heterogeneous Substances,[9] in which he showed how thermodynamic processes could be graphically analyzed, by studying the energy, entropy, volume, temperature and pressure of the thermodynamic system, in such a manner to determine if a process would occur spontaneously. During the early 20th century, chemists such as Gilbert Lewis, Merle Randall, and E. A. Guggenheim began to apply the mathematical methods of Gibbs to the analysis of chemical processes.

Biological thermodynamics is the study of thermodynamic aspects of life. This includes the thermodynamic limits to life and its evolution as well as systemic properties that result from the large number of energetically and kinetically coupled chemical reactions at the different levels of biological organization. Of particular interest in this subfield are the thermodynamically open nature of living systems, and the conditions allowing for a steady state at which life can be sustained.

There are two types of thermodynamic instruments, the meter and the reservoir. A thermodynamic meter is any device which measures any parameter of a thermodynamic system. In some cases, the thermodynamic parameter is actually defined in terms of an idealized measuring instrument. For example, the zeroth law states that if two bodies are in thermal equilibrium with a third body, they are also in thermal equilibrium with each other. This principle, as noted by James Maxwell in 1872, asserts that it is possible to measure temperature. An idealized thermometer is a sample of an ideal gas at constant pressure. From the ideal gas law PV=nRT, the volume of such a sample can be used as an indicator of temperature; in this manner it defines temperature. Although pressure is defined mechanically, a pressure-measuring device, called a barometer may also be constructed from a sample of an ideal gas held at a constant temperature. A calorimeter is a device which is used to measure and define the internal energy of a system.

A thermodynamic reservoir is a system which is so large that it does not appreciably alter its state parameters when brought into contact with the test system. It is used to impose a particular value of a state parameter upon the system. For example, a pressure reservoir is a system at a particular pressure, which imposes that pressure upon any test system that it is mechanically connected to. The Earth's atmosphere is often used as a pressure reservoir.

It is important that these two types of instruments are distinct. A meter does not perform its task accurately if it behaves like a reservoir of the state variable it is trying to measure. If, for example, a thermometer, were to act as a temperature reservoir it would alter the temperature of the system being measured, and the reading would be incorrect. Ideal meters have no effect on the state variables of the system they are measuring.