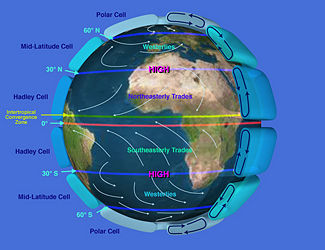 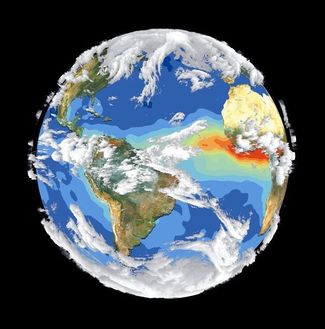 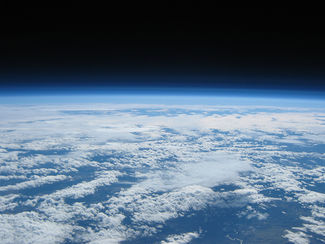 Meteorology is the interdisciplinary scientific study of the processes and phenomena of the atmosphere, including weather studies and forecasting.[1][2]

Meteorological phenomena are observable weather and other events which are explained by the science of meteorology. Those events are bound by the variables existing in Earth's atmosphere (such as temperature, pressure and water vapor) and their gradients, interactions and how they vary with time.

Categories and sub-disciplines of meteorology

Meteorology has certain major categories, including but not limited to:

Meteorology also has many specialized sub-disciplines such as:

Meteorologists are best known for forecasting the weather. Many radio and television weather forecasters are professional meteorologists, while others are merely reporters with no formal meteorological training. The American Meteorological Society and National Weather Association issue "Seals of Approval" to weather broadcasters who meet certain requirements.

Many professional meteorologists work in the field of air pollution dispersion modeling and air quality monitoring. The American Meteorological Society also bestows the title of "Certified Consultant Meteorologist" to such professionals who meet certain requirements.

The beginnings of meteorology in India can be traced back to ancient times. In fact, early philosophical writings of the 3000 B.C. era, such as the Upanishads (philosophical texts considered to be the source of the Hindu religion), contain serious discussion about the processes of cloud formation and rain and the seasonal cycles caused by the movement of Earth around the Sun.[5] 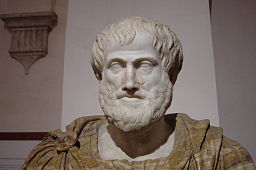 It was the Greek philosopher and scientist Aristotle (384–322 BC) who was the first to use the word meteorology in his book Meteorologica (ca. 340 BC) which summarized the knowledge of that time about atmospheric phenomena. He wrote about clouds, rain, snow, wind, and climatic changes, and although many of his findings later proved to be incorrect, many were insightful.[6]

In 1793, John Dalton published a treatise on extensive meteorological observations in the area of Manchester, England, with a second edition in 1834, containing thousands of observations and establishing him as a pioneer meteorologist.[7] In 1802, the first cloud classification system was formulated, and in 1805, a wind scale was first introduced.

These measuring instruments and new ideas made possible gathering of actual data from the atmosphere giving the basis for scientific theories for properties of the atmosphere (pressure, temperature, humidity, etc.) and its governing physical laws.[6]

In the early 1840s, the first weather forecasting services started with the use of the telegraph to transmit meteorological information.

By the 1940s, upper-air measurements of pressure, temperature, wind and humidity clarified more about the vertical properties of the atmosphere. In the 1950s, radar became important for detecting precipitation over a remote area. [6]

In 1960, the first meteorological satellite was launched to provide 24-hour monitoring of weather events worldwide. These satellites now give three-dimensional data to high-speed computers for faster and more precise weather predictions. Computers still have their capacity limits and weather prediction models still contain many uncertainties.[6] Incidentally, investigations about these uncertainties led to the discovery, by Edward Norton Lorenz, of chaos as a property of some complex systems [8]. In this context, it is perhaps not surprising that many complicated issues remain at the forefront of meteorological research, including air pollution, climate change, ozone hole, and acid rain issues.