In the U.S. Department of State, the Bureau of African Affairs administers U.S. policy with 48 countries and one international organization. It also deals with multinational affairs. 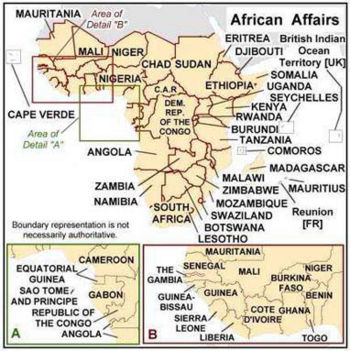 The Bureau is headed by the Assistant Secretary of State for African Affairs, currently Johnnie Carson. There are four supporting positions: