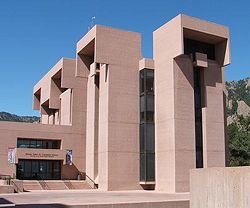 The National Center for Atmospheric Research (NCAR) is a non-governmental U.S.-based institute whose stated mission is "exploring and understanding our atmosphere and its interactions with the Sun, the oceans, the biosphere, and human society."

NCAR's flagship Mesa Laboratory is located in the outskirts of Boulder, Colorado, in a dramatic complex of buildings designed by architect I. M. Pei. The site is maintained as a nature preserve.

The Mesa Laboratory includes science exhibits, an educational resource center. a library, and art galleries all open to the general public. 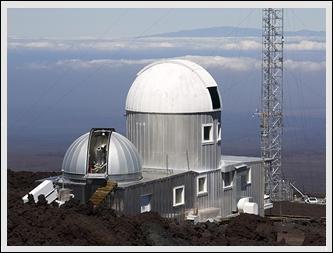 NCAR is headquartered in Boulder, Colorado, with most activity taking place on three campuses:

Ancillary activities take place elsewhere in Boulder, in Washington, D.C. and in about 15 states other than Colorado.

NCAR has a total staff (as of February 2011) of approximately 990, including research, technical and support people.[1]

The staff includes about 341 scientists, 180 engineers and 37 post-doctoral Fellows.[1]

NCAR's primary sponsor is the National Science Foundation (NSF) and it is designated as an NSF Federally Funded Research and Development Center. The total expenditures for the fiscal year of 2010 was $179,000,000. Approximately 95% of NCAR's funding comes from the federal government but it is not a federal agency and NCAR's staff are not part of the federal personnel system. [1]

NCAR is one of the major parts of the University Corporation for Atmospheric Research (UCAR) which is a not-for-profit consortium of universities that grant Ph.D.s in fields related to atmospheric science.

The four research laboratories of the NCAR are:

More detailed organization charts are available on the Internet.[2][3]