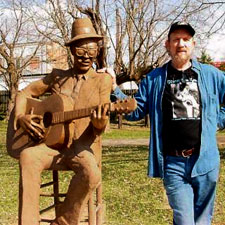 Rex (Wrecks) Bell is a Texas singer-songwriter born in Dallas but raised mostly in Texas City, Texas. Bell released two solo albums, Dog's Life and Wreck's Blues. He played at Carnegie Hall as the bass guitar player for Lightnin' Hopkins, and has also played bass guitar for Townes Van Zandt and Lucinda Williams. He was a partner in the Old Quarter bar in Houston, Texas, that hosted many well known musicians. Currently, he is the proprietor of the Old Quarter Acoustic Cafe in Galveston, Texas. The Old Quarter Acoustic Cafe specializes in folk music, americana music and country music. It also hosts an annual Townes Van Zandt Wake, on the first of January each year, in which only Van Zandt's songs are played. This event draws musicians from around the United States and a few from Europe each year. Hayes Carll, a new young talent getting very good reviews worldwide, was "discovered" by Bell at his open mics.

He has recently gained attention because of a lawsuit with the Starbucks corporation regarding the Starbock beer for which he filed a trademark application. Federal judge Samual Kent ruled in favor of Starbucks, and although the case proceeded through the first phase of review with the Supreme Court, ultimately the Court decided not to hear his case. Tragically, Bell's wife (and bass player) of ten years, LeAnne Bell, died in 2005 shortly before Judge Kent's ruling when she was accidentally given an overdose of a pain medication while hospitalized for a minor procedure. Although the details cannot be disclosed, Bell and other survivors and the University of Texas Medical Branch in Galveston, Texas, agreed to a settlement in this matter. 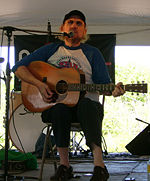 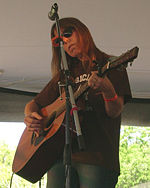 Although scheduled to play at the Stingaree Music Festival in 2007, Rex had to cancel. However, Rex and his band played at the 2008 festival, sandwiched between two of his favorite acts, The Band of Heathens and Hayes Carll, on Saturday April 19, 2008.