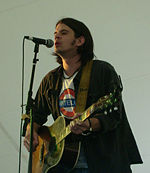 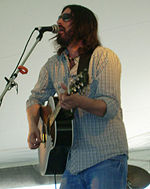 The Band of Heathens is an accidental Austin, Texas-based band comparable in style to Americana greats such as The Band, Little Feat and Townes Van Zandt. Their sytle combines folk, soul and country with enchanting harmonies and complimentary guitar voicings. The band consists of three singer-songwriter-guitar players, Gordy Quist, Colin Brooks, and Ed Jurdi, Seth Whitney on bass guitar and John Chipman on drums. Their first two albums have both been live recordings, including the dual CD-DVD release The Band of Heathens. Live at Antone's and their debut album Live At Momo's.

In 2007 they captured the Best New Band award at the Austin Music Awards. Because each of the singer-songwriters played with other bands, the Band of Heathens was considered a side project for the artists until they won the Austin Music Award. Their self titled first studio album (Boh Records, 2008)) was produced by music legend Ray Wylie Hubbard and includes special guests Patty Griffin, Gurf Morlix and Stephen Bruton.