The radioactive isotope 32P is used to radiolabel compounds for scientific studies. Phosphorus and arsenic share many chemical properties.

Because phosphorus is just below nitrogen in the periodic table, the two elements share many of their bonding characteristics. For instance, phosphine, PH3, is an analogue of ammonia, NH3. Phosphorus, like nitrogen, is trivalent in this molecule. Figure A shows the pre-quantum mechanical Lewis structure, which although somewhat of a simplification from a quantum chemical point of view,[1] illustrates some of the distinguishing characteristics. The unpaired electrons in the three 3p orbitals bind with those in the hydrogen 1s orbitals to form electron pairs of opposite spin. The electron pair in the phosphorus 3s orbital shows up as a lone pair in the Lewis structure.

With strongly electronegative ions, in particular fluorine, hexavalency as in PF6− occurs as well. This octahedral ion is isoelectronic with SF6. According to the bonding theory of Pauling[2] the six octahedral sp3d2 hybrid atomic orbitals play an important role.

Before extensive computer calculations were feasible, it was generally assumed, following Pauling, that the nearby d orbitals in the n = 3 shell (see Fig. D) were the obvious cause of the difference in binding between nitrogen and phosphorus. However, in the early eighties the German theoretical chemist Werner Kutzelnigg[4] found from an analysis of computer calculations that the difference in binding is more likely due to differences in character between the valence 2p and valence 3p orbitals of nitrogen and phosphorus, respectively. The 2s and 2p orbitals of first row atoms are localized in roughly the same region of space, while the 3p orbitals of phosphorus are much more extended in space than the 3s orbitals. The violation of the octet rule observed in compounds of phosphorus is then due to the size of the phosphorus atom and the corresponding reduction of steric hindrance between its ligands. In modern theoretical chemistry, Kutzelnigg's analysis is generally accepted. 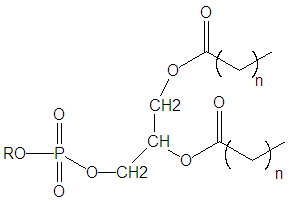