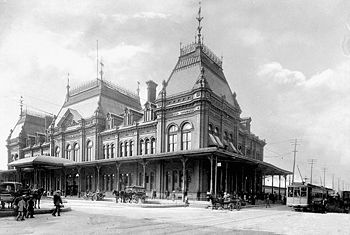 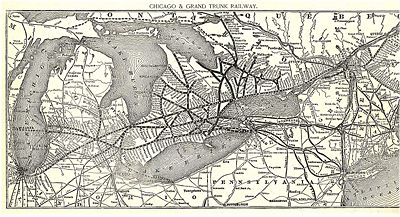 Hays's most controversial decision was to build an extension to the Pacific Ocean in 1903. The GT established a subsidiary, the Grand Trunk Pacific Railway, for this purpose. This extension was some 4800 km long and built between Winnipeg, Manitoba, and Prince Rupert, British Columbia. The extension was completed in 1914 (two years after Hays's death). To connect this extension with the rest of the GT system, the Canadian government built the National Transcontinental Railway (NTR) which the Grand Trunk Pacific was to operate, though the company backed out of the agreement to operate the NTR before the NTR's completion. The Pacific extension, however, had problems. The very expensive subsidiary was too far north of major population centers and had far too little traffic. The cost of constructing the Pacific extension and the meager returns in operating it led the GT towards bankruptcy after World War I. In order to avoid the break-up of this transcontinental railway network threatened by bankruptcy, the Canadian government nationalized the entire system. The Grand Trunk Pacific was acquired in 1919 after the Grand Trunk announced it could no longer operate it, and then merged into the new Canadian National Railways. The Grand Trunk was nationalized in 1921 and merged into Canadian National Railways in 1923.