From Citizendium
(Redirected from Emission)
Jump to navigation Jump to search 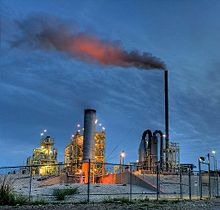 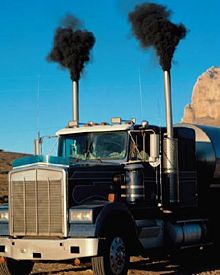 Air pollutant emissions ( commonly referred to as simply emissions) is the term used to describe any gases, liquid droplets and solid particulates which are emitted or discharged into the atmospheric air and adversely affect the health of humans, animals, ecosystems or the usefulness of a natural resource.[1][2]

The sources of air pollutant emissions can be categorized as:

Anthropogenic emission sources, meaning that they are a result of human activities, include:

Natural sources, meaning that they are not a result of human activities, include:[3] 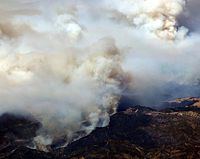 The distinction between emissions and effluents

In general, the term "emissions" is applied to air pollutants released or "emitted" into the atmospheric air. By contrast, the term "effluents" is generally applied to pollutant-containing wastewaters released from industrial facilities, agricultural operations and other sources.