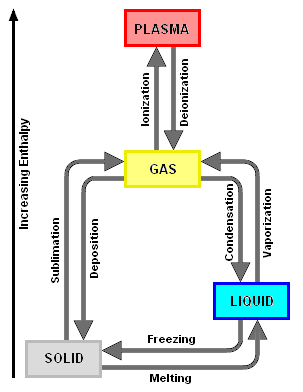 Condensation is a process in which the vapor phase of a substance is changed into the liquid phase by removing and transferring heat from the vapor to a cooling medium.[1][2] For the process to take place, the vapor must be saturated and the heat of vaporization must be removed from the vapor.[3]

The condensation of vapors, like the boiling of liquids, plays a very significant role in a great many commercial and industrial processes.

There are several types of condensation:

Refrigeration: The condensation process is also an important integral part of almost all residential, commercial and industrial refrigeration systems.