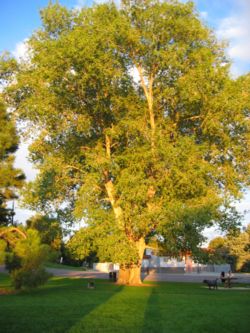 The next Write-a-Thon will take place on Sunday, January 31, 2021--for the fourth time this month!

'Things involving stems or branches' is this week's topic - not just trees, stem cells or branch lines but anything that involves these - including science, technology, engineering and mathematics (STEM)!

If the theme topic is not for you, please just be a party pooper and drop by to write about anything else!

We know that not everybody has Sunday at the same time though, so to make it fair our Sunday lasts 48 hours! Therefore, the Write-a-Thon starts when it is Sunday at midnight (in Sydney) and ends when it becomes Monday in San Francisco.

It's a bunch of people getting together on a wiki at a particular time to do a bunch of writing. It's like an online party! Heck no, it is an online party! It's also an excuse for infrequent wikiers to show up and party hearty; to exchange ideas with people we might not "meet" otherwise.

In January 2021--a very special month--Write-a-Thons happen the first Sunday of every week, give or take a few hours depending on where you are.

After January, we will revert to only once a month. But let us write, and party, four weeks in a row in January 2021.

So how do I join in?

Joining in is really easy:

The Partiers: Join the fun! List your new articles here!

When you've created your new article (or improved an existing article) on Sunday (or thereabouts), come and list it here! Don't forget to sign your name so everyone knows you've joined in. Then, when you've edited someone else's article come and let them know!

Created Poison ivy, a toxic-to-touch common weed where I live; looking at its stems and branches is key to identifying it correctly. The Wikipedia article is all sciency-sounding but doesn't really tell people what they need to know to stay out of trouble with this dangerous plant.Pat Palmer (talk) 15:14, 31 January 2021 (UTC)

Started an article on Caladium, a bulb with only produces stems and pretty-colored leaves, with no branches. Beginning with a bare intro and a photo. Pat Palmer (talk) 17:00, 31 January 2021 (UTC)

A stub was already there, but I'm intending to expand Amaryllis; began by giving it an image. It has a stem (only when blooming) but no branches. Pat Palmer (talk) 16:42, 31 January 2021 (UTC)

Please enter your suggestions for upcoming Write-a-Thons below.

Kinds of Phobias, or mammals, or insectss or arachnids or butterflys or flowers or medications or symmetry groups or legends in sports. But wait, there are many trees and automobiles and computer programs, and ice cream flavors. Sooo many choices, so little time. David E. Volk 23:48, 11 July 2011 (UTC)