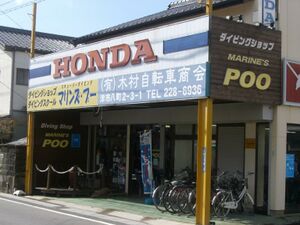 Japanese English (JE) refers to the varieties of English mainly used by non-native speakers whose first language is Japanese, usually in Japan. This may include English learned as a foreign language, its fashionable use in the media and advertising (often disparagingly called 'Engrish' to mimic how Japanese-speakers non-fluent in English may pronounce 'English'), or the use of English as a working language in certain institutions such as research centres or publications like the Japan Times.

When used for a communicative purpose, such as in English-language newspapers, this variety is typically very similar to American English in vocabulary, grammar and spelling. However, there are a number of words used in JE which either originate in Japan or have developed a separate meaning: for example, prefecture does not refer to a political district in native English-speaking nations. Police box is used as the translation for 交番 kooban, but in fact this is a local police station, rather than a callbox specifically for contacting the police, as in the UK. Another example is dust box, Japanese English for what many English speakers might call a waste bin or a trash can. The expression rarely appears in Japanese itself, which prefers 塵箱 gomibako.[1]Additionally, many English words exist in Japanese, but these loanwords are considered part of its vocabulary, just as many Japanese words such as karate form part of English.

An alternative term sometimes applied to JE is Japlish. Since Jap is racist English slang for a Japanese person, many authors may avoid this term. Alternatively, it has been used to refer to a special set of English loanwords in Japanese itself (和製英語 wasei-eigo - literally 'made-in-Japan English') - words not used in a way that English speakers would readily understand.[2]

English is a compulsory subject in Japanese schools from the age of 11; students who enter university are also obliged to take an English course in their first year, assessed through the TOEIC exam.[3] However, although the Japanese government has issued guidelines requiring a focus on real-life communication skills,[4] most teaching is still very 'traditional': a focus on learning grammar rules and on reading the language,[5] with Japanese as the medium of instruction used by almost exclusively Japanese native-speaking teachers. This means that exposure to native English can be limited for many learners, who may have few opportunities to practice listening and speaking.[6] 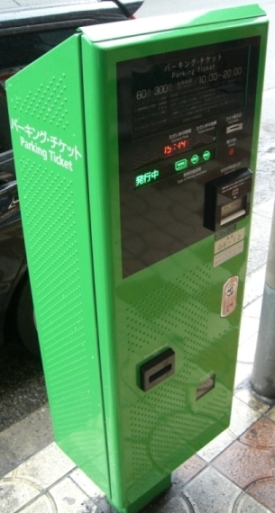 While wasei-eigo comprises English-like Japanese words and phrases invented in Japan, there are also many more recognisably English loanwords in Japanese, though the pronunciation has usually changed considerably. For example, as Japanese has five vowels compared to the twenty-plus of many native English varieties, these sounds will systematically change: for example, the English vowel in 'bird' emerges as [a:] in Japanese: 'bird' becomes バード baado - which is also how 'bard' is pronounced when borrowed into Japanese.[8]

Lexical borrowing is not an attempt at learning another language, but negative attitudes to it can nevertheless arise. For some English speakers, the systematic and entirely usual practice of adopting words from other languages leads to some amusement, generally because of the pronunciation or perceived 'misuse' of English. This in turn leads to such Japanese words being labelled 'Engrish', even though they form part of Japanese rather than Japanese English. Japanese English speakers may, however, use them when speaking English - effectively double-borrowing them from English to Japanese, and from Japanese to Japanese English.

'Engrish' as a term

English in Japan is often colloquially known as Engrish, a term whose spelling mimics the supposed Japanese inability to articulate the difference between (usually English) [ɹ] and [l]. The acceptability of this term is debatable; many Japanese may consider it derogatory. Its use is rooted in the observation that Japanese and a few other East Asian languages have no /r/-/l/ contrast as English does - this could be described as an Anglocentric reference, identifying a difference as a deficiency relative to English. It is most widely used by English speakers as humorous slang. Writers attempting to render JE on paper tend to either eliminate the letter l and replace it with r, or else mix them randomly, producing such spellings as rice for lice. Furthermore, Japanese users of English sometimes mix up the two, leading to mis-spellings in English.

Japanese does have an /r/ phoneme, which is phonetically often similar to the pronunciation of t or d where these occur between vowels and in an unstressed syllable of North American English, e.g. city or butter. This sound is known to phoneticians as a flap and transcribed as [ɾ] but is only one of several variants of r found in Japanese. Another is the similar alveolar lateral flap [ɺ]. Some speakers will also pronounce it as a [d] in word-initial position, and some forms may be perceived by English speakers as an [l]. The confusion arises because phonetically the Japanese /r/ is typically articulated similarly to the pronunciation of English [l], but phonologically serves as an /r/. Therefore, misinterpretations involving /r/ and /l/ may be as much due to listeners' misperceptions as speakers' approximations.

English is commonplace in Japanese popular culture, such as in song lyrics, and remains highly fashionable. Japanese pop music, or J-pop (ジェイポップ Jei-poppu), often features songs which mix English words and phrases with Japanese. Shop signs and advertising frequently include titles or slogans in English, in some cases these are not really intended to be communicative. English expressions may also appear in katakana in advertising or logos. One Japanese company uses the name ザ・100円ショップ Za Hyaku-en Shoppu 'The Hundred-yen Shop',[9] in which the English definite article 'the' appears in katakana - a grammatical word which has no equivalent in Japanese, and is therefore not a loanword. At other outlets, 'the' appears in English.