The cent is a unit of money in a large number of countries, always signifying one hundrednth of the basic monetary unit. The word cent is derived from the Latin centum, meaning "hundredth".

The cent is a subunit, equal to 1/100 of the primary unit, of the following monetary units: 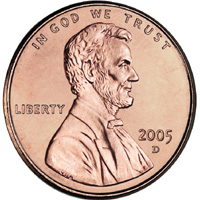 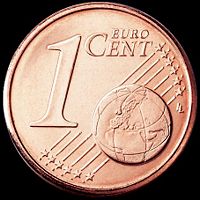 PD Image
Front side of Euro cent. Appearance of back side is up to the EU member that minted the coin

The following obsolete currencies have also had a subdivision named the cent. In all cases, the cent was 1/100 of the primary unit.

Currencies used primarily in non-English-speaking countries often have similar names derived from centum; these include the French centime and the centavo, used in several Spanish and Portuguese speaking countries, and the cêntimo in Portugal.