Reiki (pronounced ray-key) is a purported system of enlightenment and hands-on healing art developed in the early 1900's by a Buddhist monk, Mikao Usui (臼井 甕男, Usui Mikao) in Japan. Although some advocates of reiki describe it in the context of medicine, it has no accepted scientific basis. The current evidence from clinical studies suggests that it is no more effective than placebo treatment for any condition. [1]

Traditionally Usui's system of reiki is passed from master to student (sensei to deshi). The term "reiki" is used to describe both the universal energy generically, and the Usui system of using it for healing. The original system by Usui is often referred to as the Usui Reiki Ryoho. Current variants include:

The Practice of Reiki

No one seems certain what "reiki energy" might mean in physical or operational terms. Reiki practitioners often describe a flow of unseen universal energy which follows a channel from above them, entering their body via the crown of their head, which subsequently gets channelled out the palms of their hands, into the body of the person to whom they give treatment. Reiki practitioners also have a system of sending reiki energy remotely, also known as "absent healing". Some reiki masters compare the energy to chi and tao (Chinese), prana (Sanskrit), orgone (Wilhelm Reich), élan vital (Henri Bergson), and the Odic Force (Baron Carl von Reichenbach). Some have claimed to be able to measure the flow of reiki energy by Kirilian photography. At present, reiki energy is not something that mainstream scientists consider worth serious consideration. 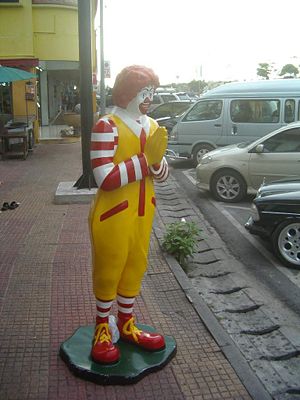 Attunement describes a ritual by which one is initiated into a 'level' of reiki. To "attune" a student involves a master teacher giving an initiation reiki session to a student. The master teacher makes special signs over the crown of the student's head and on their hands with the intention of opening up and "tuning" their energy chakras along the spine to channel energy out the palms of the hands to provide healing. This ritual includes "installing" symbols into the energy field of the student for his or her access. Attunement usually is performed over an initiate whilst he or she sits, holding hands in traditional gassho(合掌) gesture as a sign of respect and humility.

Usui may have used something akin to the dan'i system in his dojo. Modern Western reiki tends to follow a three-part initiation. In Usui's time, his dojo likely had a more sophisticated hierarchical ranking system similar to that used in Aikido and Judo.

The reiki symbols (shirushi in Japanese) can be seen as a form of ritual symbolism with an associated phrase (jumon, "spell" or "incantation", sometimes called shingon, "mantra" or "true word"), used to increase reiki energy, or modify reiki energy to treat particular ailments or disorders. In Western reiki the jumon is commonly used as the symbol's name.

There is some debate among reiki practitioners as to whether one should reveal the symbols to the uninitiated, as many reiki practitioners consider them sacred. Even within reiki, the first level initiate rarely if ever sees them. The second level initiate learns the first three symbols, Cho Ku Rei, Sei He Ki, and Hon Sha Ze Sho Nen. The master/teacher receives a special symbol, Dai Ko Mio (and sometimes others). Some reiki researchers debate whether the symbols beyond the first three were ever taught by Usui. These extra symbols appear to have come from traditions which either tap into older Tibetan (and possibly Shinto) sources, or the symbols were invented by later Western masters.

Linguistic Analysis of the Symbols

Imagine the symbols, especially the kanji-based ones, in the context of roman script, as "Joycean". Some semantic elements get chopped or combined in unique ways to give a specific connotation to the author's ritual intention. Consider James Joyce's invented portmanteau words in Finnegans Wake, e.g. "electrickery" (an intentional malapropism on "electricity" and "trickery"). Some of the symbols contain elements of something akin to symbolic syncope or apocope, a mnemonic aid to holding a specific intention while manipulating reiki energy. The symbols may have derived from stylized Kanji, Shinto and Taoist symbolism, or even shorthand Sanskrit. One might liken the style to Japanese typefaces rendered in neon or spray paint (e.g. like using modern typefaces even more stylised than reformed joyo kanji of Usui's time).

"Reiki lineage" describes the chain, from master to student (sensei-deshi), back to Mikao Usui as the founder of their spiritual tradition. For much of the early history of reiki, all that was known about Usui in the West came from Hawayo Takata, a Japanese-American from Hawaii. Her knowledge of Usui's life contained much verbal tradition and speculation, as he had made his 'transition' (a euphemism for death in reiki circles) several years before Takata made her first visit to Japan in the mid-1930s.

Most North American reiki master practitioners trace their spiritual genealogy to Rick and Emma Ferguson. Some have noted feelings of snobbery and competition between the Western branch via Hawaii with the "traditional" Japanese branches which claim a more direct connection to Usui.

A common "family tree" of reiki masters in the West

The 'energy' presupposed in reiki is not recognised by contemporary science. Skeptics state of reiki and other forms of "energy medicine" including therapeutic touch, that the effects produced are due to the placebo effect, specifically the power of suggestion.

Modern reiki training usually involves teachings about "scanning" by feeling changes in sensation in the palms whilst transmitting reiki energy to different parts of the body. Most reiki masters specify that one should not consider a scanning the same as a professional medical diagnosis, no matter how much skill a practitioner may believe they posses. Likewise, reiki practitioners are often cautioned by their masters not to promise that the energy will have a specific effect. Though some call reiki "alternative medicine", many practitioners favour the term "complementary therapy" to imply that reiki can work in a harmonious manner with modern medicine. Most reiki practitioners avoid anything resembling medical diagnoses or specific promises of effect.

Reiki seems to have become somewhat accepted in some modern medical settings, most notably in oncology and palliative care wards, alongside massage therapy, meditation time, prayer sessions and music therapy. Many medical practitioners recognise the influence of the patient's emotional state over his or her immune system, and tolerate complementary therapies which do not openly challenge the primacy of science in modern medicine.

In March 2009, the United States Conference of Catholic Bishops declared reiki to be unscientific and warned Catholic institutions that they should avoid reiki practice.[2]