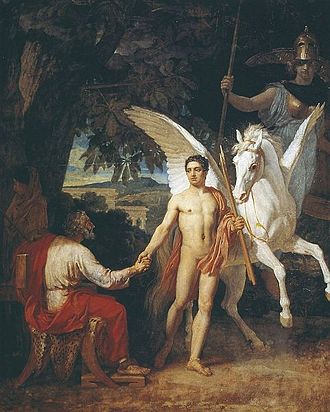 (PD) Painting: Alexander Andreyevich Ivanov
Philonoe (the second one; there were two) married Bellerophon, who rode the winged horse Pegasus and killed the Chimera by putting lead into its mouth; it melted, suffocating the monster. Later, Bellerophon either married Philonoe or had an affair with her (depending on which source is used).

In Greek mythology, there were two characters named Philonoe.