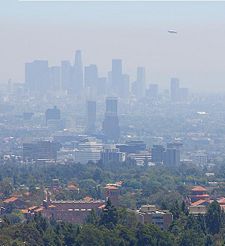 The Clean Air Act established two types of national air quality standards. Primary standards that define air pollutant concentration limits intended to protect the public health, including the health of sensitive populations such as asthmatics, children and the elderly. Secondary standards that define limits intended to protect the public welfare and environment, including damage to animals, crops, vegetation and buildings as well as providing protection against decreased visibility.[3]

Worldwide, other air quality standards have been adopted, such as European Union Air Quality Directive,[5] the UK Air Quality Strategy,[6] and the World Health Organization (WHO) Air Quality Guidelines.[7]

Summary of the NAAQS

The NAAQS for the six criteria pollutants are listed in the table below:

The map below depicts the counties in the United States that have not attained compliance with the NAAQS standards for one or more of the criteria pollutants as of 2009:[9] 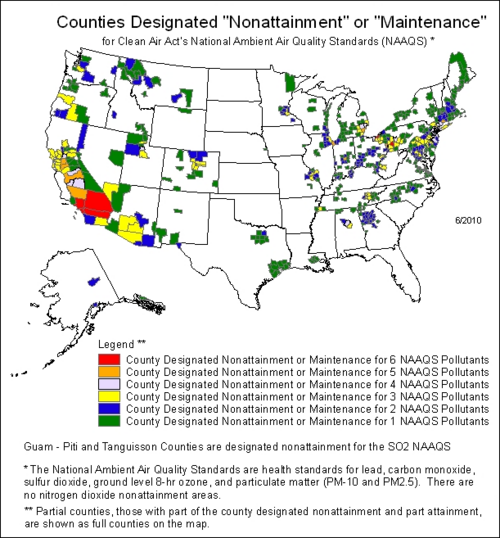