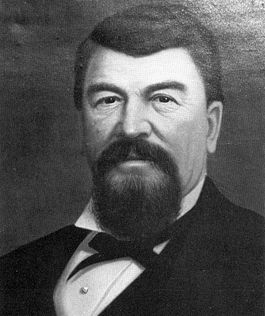 Myron Charles Lake (Feb. 1828-June 20, 1884), hotel-keeper/entrepreneur, was the hot-tempered, tight-fisted "first citizen" of Reno, Nevada. Between 1862 and 1873, Lake lorded over the town through his vast real estate holdings and monopolistic control of a vitally important toll bridge and road. He quickly assumed the posture of a stereotypical "robber baron," and in an unhappy marriage, often resorted to domestic violence. But he also wielded a keen business acumen and in so doing, ensured that the Central Pacific Railroad during the building of the great transcontinental project would run through Reno, thereby sparking the growth and prosperity of western Nevada.

Very little is known about Lake’s early years and much of what is known remains unclear. He was born in Cayuga County, New York state, the oldest of 7 children (5 boys, 2 girls) born to Catherine Van Tassell (1803-1874) of New York state and John Lake (1799-1877), of Maine. About 1839, the family moved to Paw Paw, DeKalb County, Illinois, about 70 miles west of Chicago.[1] Lake saw service during the Mexican-American War (1846-48) as an infantry private in Illinois’ volunteer Company D, First Regiment. Following the war, he returned home to establish a farm of 300 acres, comprised of a 160-acre federal land grant in appreciation of his service, and his personal acquistion of the rest.[2]

By 1852, he had moved on to Rabbit Creek, Calif. to try his hand at mining;[3] five years later, he moved intrastate to Honey Lake Valley, where he built a modest ranch. Evidence indicates that, in October 1857, Lake played prominently in vigilante apprehensions of both Indians and outlaws. It was here that he met former Missourian Charles W. Fuller from whom Lake would, in June 1861 acquire Fuller's Crossing, a small way station, road, and flimsy log bridge over the Truckee River at today's Virginia Street in exchange for Lake's meager California ranch.[4] 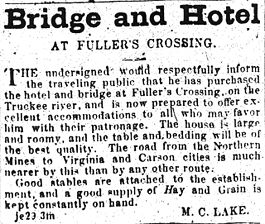 Fuller's rough going failed to make a negative impression on Lake; he could see only flashing dollar signs. He was intent on transforming the little crossing into a great commercial venture.[5] But before Lake had any real time to make significant improvements, all bridges across the Truckee River were swept away by the torrential flooding of early spring 1862. Upon rebuilding, Lake's first action was to guarantee that only he would control traffic over the new Lake's Crossing. He petitioned for and won from Nevada's Territorial legislature a ten-year exclusive franchise to operate his toll bridge and road at that location. Now, no one else within a mile could replicate Lake's setup, and a brief period of relaxation appeared to be in order. In 1864, he returned briefly to Honey Lake Valley to wed Jane Conkey Bryant, whose family had been Lake's neighbors there. They were married in nearby Janesville, Calif. on September 11.[6]

Despite his monopoly, nearly six years passed before Lake's fortunes began to skyrocket with the arrival of the Central Pacific Railroad (CPRR), such was the difficulty of competing with other more favored crossings. In the meantime, Lake's bridge withstood yet another flood in 1867 and he proceeded to invest his toll incomes to spawn important improvements: the shrewd purchase of a robust 137 acres on both sides of the Truckee destined to become Reno; a grist mill above the north bank; and several additions/improvements to his inn including stables and a barn below the south bank.[7]

Most likely, it was Lake who first contacted CPRR construction superintendent Charles Crocker with an offer to provide land for a town site and the railroad's right-of-way if it would construct a depot at his crossing. Both parties knew a very good thing when they saw it. The public first heard of the deal in late February 1868 and one month later it was sealed: Lake traded roughly 105 acres north of the river and a net payment of $75 for the railroad's acreage south of the river and its promise to return to Lake certain northside lots.[8] The abruptly spiking real estate values made Lake one of the state's richest men. CPRR personnel surveyed borders for the new town on April 1st, divided it into 25 ft. by 100 ft. parcels, and named its streets. President Leland Stanford prevailed upon the remaining members of the railroad's "Big Four" to officially rename the heretofore barren settlement Reno, honoring U.S. Army Major General Jesse Lee Reno, a Union hero of the Civil War. The town's official birthday: May 9, 1868, the day the railroad auctioned off 400 northside lots for, in some cases, more than $1000 each. And with that, the newly born town was off and running. The first train chugged through Reno just six weeks later, and by mid-July the town boasted hundreds of shops, bustling rail traffic, and a burgeoning population of between 1000-2000. It had already become "a real, wide-awake, flourishing little town." A local newspaper exulted, "Bully for Reno."[9]

Lake reached the pinnacle of his success in these days immediately following the railroad's maiden passage through Reno. To have denied him the title, Lord and Master of all he surveyed, would have been a pointless quibble. He owned half the town's northside real estate, almost everything worth owning on the south side including a 900-acre ranch (by 1884), his hotel Lake House, and his toll road/bridge franchise, which would not expire until December 1872. One pained spectator compared him derisively to "a wolf in sheep's clothing...who ever stands ready to gobble up unwary innocents."[10] Lake had no need to consider the existence, let alone the complaints, of either the townspeople or his family, and his conduct toward both arrogantly reflected his evident lack of consideration for others.

While Lake was single-mindedly accumulating his riches, his domestic life rapidly disintegrated. He suffered from a fiery temper that found its outlet in domestic battery. In divorce court, Jane Lake detailed several instances of her husband's penchant for spousal abuse. The first came in June 1870 when while "cruelly and brutally" beating his wife to the ground, he blurted, "I have a good mind to kill you." Similar incidents followed in 1876 and 1879. In the former, Lake, unleashed a series of foul profanities, again knocked his wife down, and later told his hotel manager Edward Vesey that the infant Charlie was not his son. In the latter, Lake told Jane "that he wanted to be rid of her-that she could go to hell[;] that if she would go where he would never see her again he would give her $10,000!" A few months later, Lake accused her of being unfaithful with longtime employee, William Roberts. All told, Jane Lake tolerated her husband's terrorizing insanity for nearly a decade before filing in late 1879 for dissolution of the marriage on grounds of cruelty. After an agonizingly drawn-out court battle featuring sordid details galore, she was granted the divorce on April 8, 1881; the property settlement dragged on for another 3 years."[11]

A Bridge Too Close

More trouble was in store for Lake when his exclusive franchise to collect tolls across his bridge expired on December 17, 1872. His application for an extension was denied, but he knew that he could continue to collect tolls only if someone physically prevented him from doing so. He proceeded to defy the expiration date through at least February 1, 1873 even though the Washoe County commissioners had declared the road/bridge free and open to all on January 6. What happened during one of Lake's barricades on January 20 evoked "amusement" from "a large number of idlers" who gathered at the site. In a scene reminiscent of the late 6th century B.C. poet Horatius Cocles, Lake mounted the bridge, locked its gate, and brandishing a Colt revolver warned off anyone from crossing without remitting a toll. Lake was hauled into court but released after it ruled that it had no jurisdiction in the matter. In his obstruction of January 27, Lake was again brought before a magistrate and fined. An officer was installed to keep the bridge open. The matter ultimately landed in Nevada Supreme Court where Lake's monopoly was officially terminated on May 26, 1873.[12] 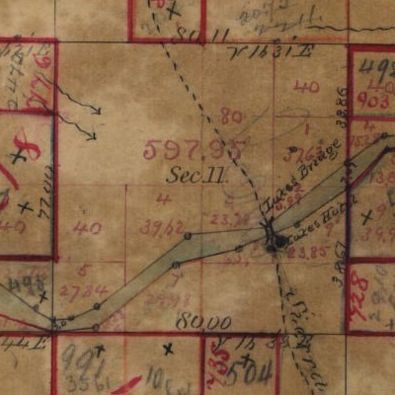