The Sega Dreamcast (Dreamcast) was a sixth generation video game console produced by SEGA, it would become their final console before exiting the hardware industry. The Dreamcast was the successor to the Sega Saturn, which had limited success in sales in both Japan and in the United States. It was released sixteen months before the PlayStation 2 (PS2) and three years before the Nintendo GameCube and the Xbox, and widely hailed as ahead of its time. The Dreamcast was seen as a milestone for pioneering online console gaming.[1]

The Dreamcast was officially discontinued by Sega in 2001, however the console's following is still maintained by occasional game releases from Japan and the homebrew community. By the end of its lifespan, the console sold over 10 million units breaking various sales records set by past consoles. [2]

Development of the Dreamcast, codenamed "Katana" began shortly after the release of the SEGA Saturn.

In May 1998 it was revealed that Microsoft's Windows CE operating system would power the device. Upon launch the OS was absent from the console, SEGA revealed the OS ships on the disc giving developers the opportunity to ship their games with the latest version of the OS. SEGA provided their own in-house alternative to Windows CE for developers to use. [3]

The Dreamcast initially launched in Japan on November 27, 1998, it is reported that shortly before launch pre-orders for the system in Japan exceeded 50,000 units. It was revealed that graphic chip shortages from manufactuerer NEC would lead to supply shortages at launch, SEGA originally expected the console to sell 1 million units in Japan by the end of March 1999 and an additional 10 million units over the next three to four years. [4] 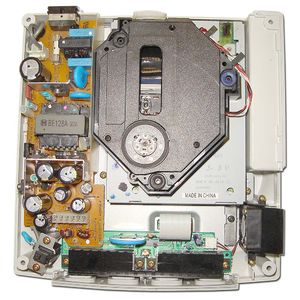 Internal view of a Dreamcast console.
File:Dreamcast mainboard.jpg
The mainboard of the Sega Dreamcast. 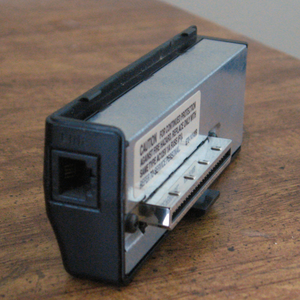 During the Japanese launch of the Dreamcast SEGA sold 150,000 units despite chip shortages, by Feburary of the next year console sales were just under 900,000 units, SEGA originally expected the console would sell at least 1 million units in Japan by the end of March.[7] During the US launch of the system SEGA sold over 1 million consoles. [8]