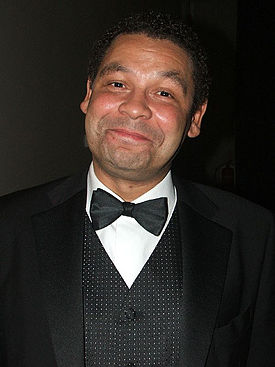 Craig Charles was born to a multiracial family in Liverpool; his father was black and his mother was white Irish. Before turning to entertainment, Charles played professional football, most notably for Tranmere Rovers. He started his career as a contemporary and urban performance poet on the British cabaret circuit; his performances were considered original, with Charles described as having a natural ironic wit which appealed to talent scouts.

Charles then began to slowly foray into the world of television. He appeared on the late-night comedy programme, Saturday Live, and later became a presenter of children's television programmes, including What's That Noise on BBC1. He also appeared, weekly, as a John Cooper Clarke-style 'punk poet' on the BBC1 pop music television programme The Oxford Road Show. In 1990, Charles was heard on London Radio Station Kiss 100 as the Breakfast show presenter.

He later appeared on the Terry Wogan chatshow as a guest poet, reading a number of his own creations. Charles was surprised to be given the chance to appear on a mainstream BBC programme because the previous week he had been broadcast delivering some controversial material about racism.[1]

Charles acquired cult status in 1988 as the Liverpudlian slob, Dave Lister, in the long-running science fiction comedy series Red Dwarf. Within Red Dwarf, aside from playing Lister he also played a number of alter-ego characters including Sebastian Doyle (in the series five episode Back to Reality), Lister of Smeg (in the seventh series episode Stoke Me a Clipper) and Brett Riverboat (in the sixth series episode Gunmen of the Apocalypse). Charles reprised his role alongside the other regulars for a 2009 three-part special, Back to Earth.

Charles has appeared briefly in a number of television shows such as EastEnders, Holby City, The Bill, Lexx, The 10 Percenters, Doctors and Celebrity Weakest Link.

He has also presented a number of television programmes, most notably at the end of the 1990s and early 2000s. Among his credits as a presenter are the virtual reality gameshow Cyberzone (1993) on BBC2; the late-night entertainment show Funky Bunker (1997) on ITV; the reality television show Jailbreak (2000) on Five; the late-night chat show Weapons of Mass Distraction (2004) on ITV1; and most notably Robot Wars on BBC Two from 1998–2003, and on Five from 2003–2004.

He also provided the voice-over for the UK version of the Japanese hit TV show Takeshi's Castle, shown on Challenge and Ftn, and was a team captain on the sci-fi-based quiz show Space Cadets (1997) on Channel 4.

Since 2003 Charles has been a DJ on BBC 6 Music, presenting The Craig Charles Funk Show, a funk and soul radio show. He was briefly suspended from Coronation Street and BBC 6 Music in June 2006 whilst the production companies investigated allegations of crack cocaine usage. Charles has returned to presenting his show from 4 November, but the programme is now renamed The Funk & Soul Show and has been reduced from two shows per week to one, airing on Saturdays from 6-9pm. He also resumed working on Coronation Street in January 2007.

Charles is set to star in two upcoming feature films in 2007, Clubbing to Death and Fated. He would also (assumedly) resume the role of Lister for Red Dwarf: The Movie, if the already scripted film ever enters production.

In 1984, at the age of 20, Charles married English actress and fellow Liverpudlian Cathy Tyson. Their son Jack Charles was born in 1988. The couple were divorced in 1989. Afterward, Charles dated Irish singer/songwriter Suzanne Rhatigan, co-writing some lyrics for her album To Hell with Love and directing a video for her. Rhatigan also appeared alongside Charles in the fourth series of Red Dwarf for the episode Camille. In August 1997, Charles married his second wife, Jackie; they have two daughters, Anna-Jo (born in 1998) and Nillie (born in 2003).

Charles's preferred means of getting around is a Rolls-Royce; infamously, a vehicle driven by Red Dwarf co-creator Doug Naylor once came off worst when it crashed into Charles's Rolls. Naylor only told Charles about it at an after-work drinks party when the latter was somewhat inebriated; as a result, Charles had no memory of the incident until being told about it many years later while filming a documentary for a Red Dwarf DVD. Naylor was forgiven.[2]

In February 1995, Charles and a friend were exonerated from a rape charge following their arrests in 1994. The pair had been remanded in custody for several months, and while in prison Charles was attacked by a man with a knife.[3] Charles' imprisonment delayed the production of the seventh series of Red Dwarf.

Alleged drug use and caution

In June 2006 a photograph was printed in the Daily Mirror newspaper that purported to show Charles smoking crack cocaine in the back seat of a taxi.[4] These allegations resulted in Charles being suspended from Coronation Street until February 2007,[5] and from BBC 6 Music while an investigation was held. Charles was also arrested in August 2006 on suspicion of possession of a Class A drug, and later released on bail pending further enquiries. On 22nd September 2006 he accepted a caution for possession of a Class A drug.[6][7]

In 1993, Charles worked with Russell Bell to write with his 'streetwise' sense of humour on a range of topics, from the world's most embarrassing stories to how to explain the mysteries of the universe. Following this, in 1997, he and Bell wrote The Log, in which Lister decides to leave a record detailing humanity's greatest achievements.

In 1998, Craig decided to work with Philippa Drakeford on a poetry book, No Other Blue, which cover a range of subjects, including prison, his mother's final illness and politics at home and abroad.

In 2000, he wrote his first autobiography about his experiences growing up in Liverpool; in 2007, Craig announced that he would released a new autobiography in March 2008, published by Hodder Headline, covering recent events in his life. This autobiography would be based on much of his journal, which he said he kept while in rehab.[8]