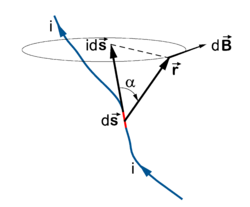 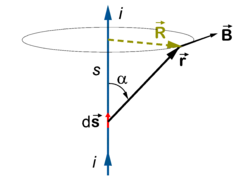 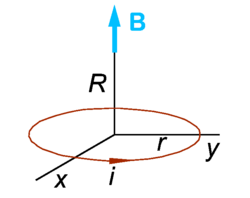 CC Image
A current i runs on circle of radius r in x-y plane. At a distance R of the center there is a magnetic induction B along the z-axis.
The Biot-Savart expression can be integrated in cylinder coordinates for a point R on the z-axis. This gives (see figure on the right) a vector parallel to the z-axis of magnitude