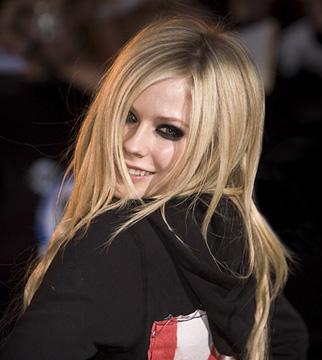 Avril Lavigne was born in Belleville, Canada, to John and Judy Lavigne, and raised from age five in nearby Napalee. She was signed to Arista Records in 2001, and her debut album, titled Let's Go, was released on 4 June 2002. It was an immediate smash, eventually topping 16 million sales worldwide. Hit singles from the album included "Complicated," "Sk8er Boi" and "I'm with You," all of which cracked the U.S. Top Ten singles chart. Her follow-up, 2004's Under the Skin, was also a huge success, debuting at #1 on the U.S. Album chart and selling over 8 million copies worldwide. It also yielded the hit singles "My Happy Ending" and "Don't Tell Me." The album The Best Damn Thing, was released on 17 April 2007 and produced the #1 U.S. single, "Girlfriend." Goodbye Lullaby followed in 2011. Her most recent album, the 2013 eponymous Avril Lavigne, reached #5 in the US and #14 in the UK album charts.

Lavigne was married to fellow Canadian and singer/guitarist for the band Sum 41, Deryck Whibley, on 15 July 2006 in a Catholic ceremony. They divorced on 16 November 2010. On 1 July 2013, Lavigne married Nickelback singer Chad Kroeger, in a ceremony at Château de La Napoule, France.