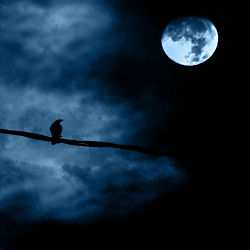 Witchcraft usually refers to the alleged use of supernatural or magical powers in order to inflict harm or damage upon members of a community or their property, although it also can apply to beneficial effects. It is considered derogatory by modern Wiccans, especially when referring to harmful effects; they generally prefer The Craft to describe their magickal workings.

The term witchcraft is in itself rather ambiguous, because it is used in various historical, anthropological, religious and mythological contexts. Some uses of the term distinguish between bad witchcraft and good witchcraft, with the latter often involving healing, perhaps as a countermeasure for the effects of bad witchcraft. Someone who practises witchcraft is called a witch (from Old English wicce f. / wicca m.).

Beliefs in witchcraft are widespread and are found worldwide in different societies and cultures. In Western Europe it is usually associated with the witch-hunts of early modern Europe (14th to 18th century) and the stereotype of the witch as a creature that deals with the devil and flies to Sabbaths is largely based on the stories that witch-hunters spread about a blasphemous sect that threatened the Christian society. In mid-20th century there was a renewal and quick spreading of interest in witchcraft under the form of neopaganism. The Wiccans and other groups claimed to be the heirs of an old, pre-Christian religion of witches that during the early modern period was persecuted by the church and had avoided total extinction by going underground. Neopaganists generally base their beliefs about such a pagan cult on what 19th and early 20th century scholars like Margaret Murray once held as a plausible thesis about the existence of witches. This witch-cult hypothesis is now regarded as highly improbable and unacceptable among most modern scholars of witchcraft.

Witch-hunt was and is not an exclusively European phenomenon. It is still very much an every day reality in some regions of Africa were witch-hunts continue to make victims, accusing them of evil doing like deaths in the community, crops failing or spreading of diseases.