Ukiyo-e (浮世絵 ukiyoe) is a form of Japanese visual art, both with its own intrinsic beauty, but also reflecting social systems of the Tokugawa or Edo Periods (1615-1868). It also extended artistic technique, including the printing of art books to make it more accessible to the wealthy, but socially inferior, merchant class. [1] 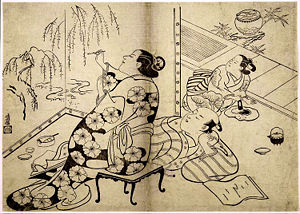 Literally, ukiyo-e means pictures of the Floating World, which included both geisha and respected courtesans, two quite distinct classes. It was a world of socially acceptable hedonism.

The fundamental technique of the genre was the woodblock. Producing a book of woodblock prints involved the complementary skills of a publisher, an artist who created the image, a carver who made the block, and a printer who applied the pigments and pressed the block to paper. Later, additional craftsmen variously assembled the prints into multiple panel assemblies, and into books. Only the names of the artists and publishers survive. 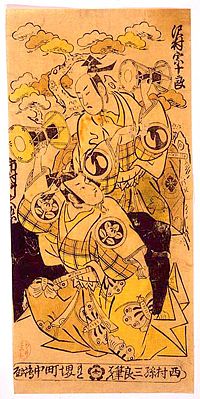 This technique evolved from approximately 1600 on. The first prints were monochromatic woodcuts, with the design laid out in bold black lines. Artists began hand-coloring by brush, and worked with textured surfaces. 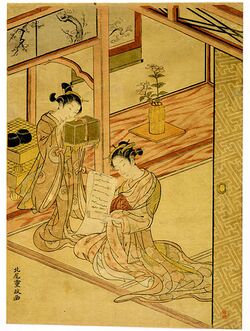 Subjects, but using the same techniques, began to expand beyond the Floating World, with some of the best-know artists: 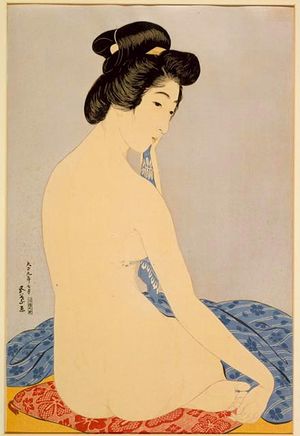