This article is about the British magazine. For other uses of the term The Idler, please see The Idler (disambiguation). 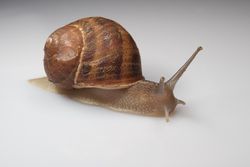 The Idler is a bi-monthly magazine devoted to its ethos of 'idling'. Founded in 1993 by Tom Hodgkinson and Gavin Pretor-Pinney, the publication's intention is to return dignity to the art of 'loafing', i.e. to make idling something to aspire to rather than reject.[1]

The magazine combines the aesthetics of 1990s slacker culture and pre-industrial revolution idealism. The title comes from a series of essays by Samuel Johnson, published in 1758–59.

On the practice of idling, Tom Hodgkinson writes:

The Idler was launched in 1993 when its editor, Tom Hodgkinson, was 25. The title came from a series of essays by Samuel Johnson. In it, Johnson wrote on such subjects as sleep and sloth and said: "Every man is, or hopes to be, an idler." The new Idler took this 18th-century sensibility and combined it with the radical philosophies of the 1990s. Issue One featured a profile of Dr Johnson and an interview with psychonaut Terence McKenna.[3]

The Idler has since enjoyed a number of incarnations. In the nineties it was published by the Guardian newspaper, then by Ebury publishing. Tom published the Idler as an annual collection of essays until 2014, then relaunched the magazine in 2016. The magazine is now published bi-monthly.

Spin-offs and other media

Tom Hodgkinson has written numerous books which develop this attitude to life. The first, How to Be Idle, has been published in 20 countries and has so far become a best-seller in the UK, Italy and Germany.[4] His second book How to Be Free takes an anarchic approach to the everyday barriers that come between us and our dreams. The third is an alternative parenting manual, The Idle Parent, which argues that children should be left largely to their own devices.[5] The fourth, Brave Old World considers the virtues of the self-sufficient, rural lifestyle.

The Crap series of humour books is a direct spin-off from an Idler column and edited by Dan Kieran:

The Idler includes archived magazine content and regular updates from the editor.[7]

The Idler Academy, founded at a festival in 2010, is the Idler’s educational offshoot. It is a school which offers online and real-world courses in the classical liberal arts and practical skills. The Idler Academy teaches philosophy, astronomy, calligraphy, music, business skills, English grammar, ukulele, public speaking, singing, drawing, self-defence and other subjects.

From 2013 the Academy awarded a Bad Grammar Award.[8][9][10] Entries were nominated by Idler readers and Academy students and judged by a panel of experts.

Contributors and interviewees who have been featured in the Idler include: