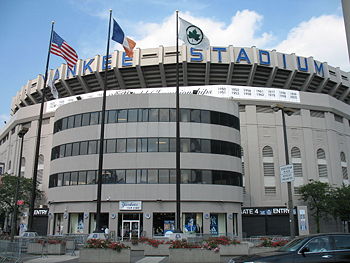 The Bronx is one of the five boroughs of New York City. The northenmost, it is located to the north and east of Manhattan and bordered by the Hudson River in the west and by the East River in the west. Apart from Marble Hill (the former northernmost tip of Manhattan Island, which was separated from the rest of Manhattan in 1895 by the construction of the Harlem River Ship Channel and physically—but not politially—joined to the mainland in 1914 when the former course of the Harlem River was filled in), the Bronx is the only section of the city that is part of the United States mainland. At the census of 2000, it had a population of 1,332,650.