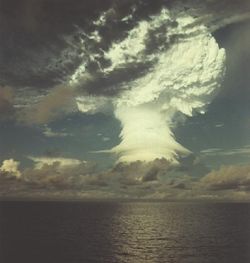 The units, kiloton and megaton of TNT, have commonly been used to rate the energy yield, and hence destructive power, of nuclear weapons. These units have been used in various nuclear weapon control treaties[2] as well as in numerous article and books.

Various tonnages of TNT equivalent energy and their commonly used energy yield expressions are tabulated below: