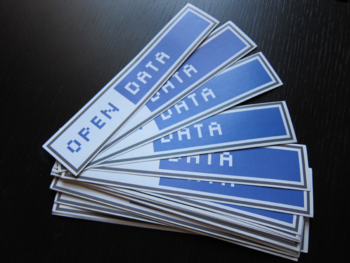 (CC) Photo: Jonathan Gray
The essence of the Panton Principles: "publicly funded science data should be in the public domain, full stop"[1] — and clearly labeled as such.

The Panton Principles for Open Data in Science (usually shortened to Panton Principles, sometimes abbreviated as PP) are a set of recommendations for scientists on a simple standard notification to be attached to scientific data that are released to the public.[2] The notification states, in effect, that other scientists can use and re-use these data without infringing copyrights. The idea is to promote sharing of scientific data, with the implied hope to accelerate and improve scientific research, stressing the principles of transparency and reproducibility. The Panton Principles apply once the decision to make the data public has been reached. 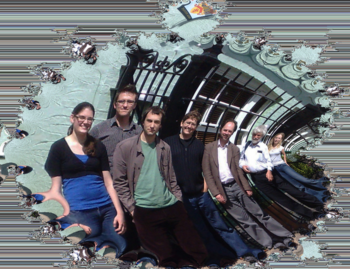 PD Image
Data sharing provides fertile ground for derivative work: This image is based on the original photo of the drafters of the Panton Principles in front of the Panton Arms pub and was obtained by mapping onto the Mandelbrot set. From right to left: Carolina Rossini, Peter Murray-Rust, Cameron Neylon, John Wilbanks, Rufus Pollock, Jordan Hatcher, Jenny Molloy.

Once some scientific data were released into the Public Domain, any reuse or modifications are permitted. With legal claims to the source being waved to the maximal extent possible, community norms are invoked for usage guidance, the most essential ones within the scientific community being proper attribution as well as documentation of any further processing.