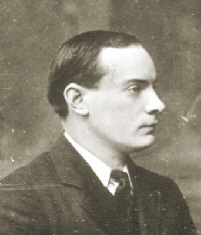 Padraig Pearse (10 November 1879 – 3 May 1916) was the son of an Irish woman and an English stonemason. He was originally a supporter of Home Rule but became disillusioned with it after the delay in passing a Home Rule Bill and the mobilisation of Unionist resistance to its implementation. He also became heavily involved with the Gaelic League and was greatly influenced by the Irish literary revival, having written some exceptional books and plays. He also edited the Gaelic League newspaper, An Claidheamh Soluis. His deep interest in education led to him founding his own school in Rathfarnham, Co. Dublin called St. Enda’s. The curriculum here was based around the Irish language and on Irish history and culture. Pearse was a believer in blood sacrifice and even compared a hero dying for his country to Christ dying on the cross to save humanity. He joined the Irish Volunteers enthusiastically in November 1913 and was sworn into the IRB at the same time. He reached the attention of most Republicans at the funeral of O' Donovan Rossa where he made his famous impassioned speech; They think they have foreseen everything, but the fools! the fools! the fools! they have left us our Fenian dead; and while Ireland holds these graves Ireland unfree shall never be at peace.[1] Although Pearse regularly expressed romantic and idealistic notions of Irish freedom, James Connolly was also committed to armed rebellion, but for much more practical reasons, such as the ability of the working class to be better represented in an independent Ireland.