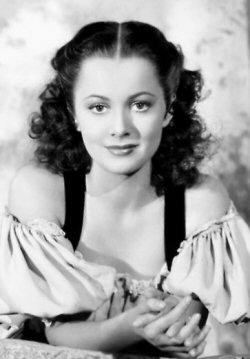 Olivia Mary de Havilland (July 1, 1916 - July 26, 2020) was a British-American actress and one of the last surviving leading ladies of the golden age of Hollywood film. Born in Tokyo, she was the elder sister of actress Joan Fontaine.

Olivia de Havilland was the last surviving starring cast member of the epic film Gone with the Wind (in which she played Scarlet O'Hara) and the iconic swashbuckler Robin Hood.

In 1946, she won the Best Actress Oscar for her performance in To Each His Own, and again in 1949 for The Heiress.