The threat of climate change from fossil fuels has led to a reconsideration of nuclear power as a source of carbon-free energy. Among the alternatives to fossil fuels, nuclear is unique in that it can provide reliable, dispatchable[1] power regardless of the weather and can be deployed anywhere in the world. Meeting the world's needs for reliable carbon-free energy will require thousands of nuclear plants or perhaps a breakthrough in technology to store energy from wind and solar. [2] [3] (See Figs. 1 and 2 on the magnitude of the world energy challenge.) 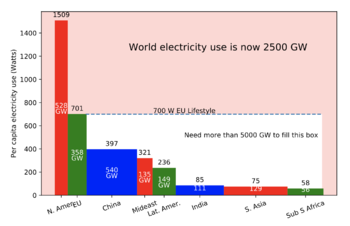 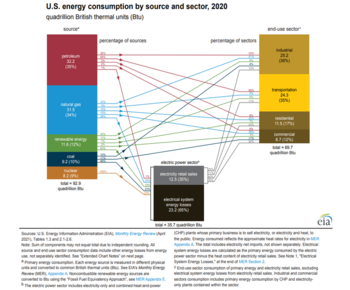 Fig.2 Electricity is only one third of the CO2 problem. Other big needs include low-cost high-temperature process heat for industry [5] and fuels for the transportation sector.[6]

The purpose of this article is to examine the issues that have held back widespread use of nuclear power. These issues include safety, waste management, weapons proliferation, and cost. Many new reactor designs have been proposed that seek to address these issues. We will try to establish objective criteria to evaluate these new designs and to facilitate public discussion on the question of what role should nuclear power play in the coming worldwide move away from fossil fuels.

To regain public confidence in nuclear power, reviews of these new designs should be transparent, with all arguments, for and against, published for public comment. It is essential that we include people who have engineering experience, but are not connected to the nuclear industry or any political advocacy group.

Widespread deployment of nuclear reactors will require the new designs to address not only the problems that have lead to accidents in the past, but also what might be conceivable in the future, including natural disasters and sabotage. Nuclear power over the last 50 years, when measured by objective criteria like number of deaths per terawatt hour of energy produced, has been safer than even natural gas (the safest of the fossil fuels), but not as safe as wind and solar.[7] The new designs will have to be even safer.

Nuclear accidents are like airplane crashes - in the public mind far more horrible than coal mine disasters or everyday car crashes. The public cannot tolerate another Three Mile Island. A new design must be "walk away safe" - that is, the ability to shut itself down even if the operators just walk away and do nothing to prevent an accident. Let's call this level of safety S-1. Beyond that, we could require S-2 - no way the operators (or terrorists) can cause a radiation leak by overriding the normal controls. Finally, let's call S-3 the highest level of safety - no way, even using explosives, that terrorists could cause a leak. S-3 may be impossible to achieve. In that case, we must consider possible scenarios and our response.

Scenario Sab-1: Terrorists arrive with cable cutters, a hacksaw, and a memory stick with some malware from North Korea.[8] The operators are expelled, except one, whose daughter is held hostage, and will be killed if anything goes wrong with the terrorist plan.

Scenario Sab-2: The terrorists have heavy equipment to drill through concrete, and a pump truck with some kind of explosive liquid.

Scenario Sab-3: The terrorists have tunneling equipment to come at the reactor from underground.

There may be dozens of scenarios to consider, including tsunamis, hijacked airplanes, and even a meteorite strike. The public should be encouraged, perhaps even rewarded for submitting scenarios worthy of consideration. The Fukushima disaster could have been avoided, if someone had thought to keep pump trucks on a nearby hill. 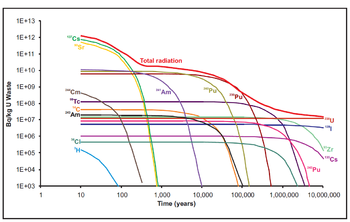 Fig.3 Radioactivity over time of each major isotope in spent fuel from a nuclear reactor [9]

How much waste is produced compared to other sources of energy? How will it be contained, and what are the dangers to people and the environment? Like questions on safety, public perception of the dangers of nuclear waste is much worse than historical data shows.[10] The volume of waste per per terawatt-hour is 100,000 times less than coal.[11] Even if we look only at radioactivity released to the environment,[12] watt-for-watt nuclear power is 100 times less than coal.[13]

Much of the worry about nuclear waste centers around the long life of some isotopes in the waste (See Fig.3). There is concern about leakage into the environment decades or even centuries from now. Billion-dollar efforts to bury the waste deep under a mountain have only heightened public fears. Dry-cask storage at the power plants has proven to be a safe but temporary solution.[14] This interim storage has the advantage of being able to recover the "waste" and use it in newer reactors that can use the remaining 95% of available energy.

Transportation of wastes from reactors to disposal or reprocessing sites must be done safely. Leakage into groundwater and ocean water near shore is a special concern. New reactor designs must address these concerns, even though they go beyond the design of the reactor itself. Will the waste be solid or liquid? Will it require special casks, or even special vehicles for transportation on public roads? (See Fig.4) 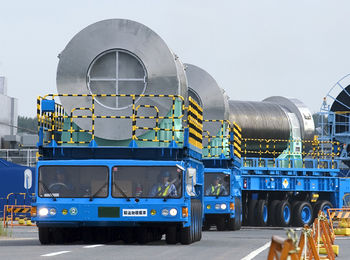 Other worries include the possibility of sabotage or theft of waste material that might be useful in a "dirty bomb". Again, we should evaluate specific plans by considering likely scenarios. Is the storage facility away from any population center and not a target for an airplane crash, a truck bomb, or even a short-range missile? Is there a secure perimeter with intrusion detectors? If there is an intrusion, is cutting through the concrete and steel difficult enough that there will be plenty of time for a response from local law enforcement, or even a nearby military base? (See Fig.5)

It is important that we make a distinction between waste from nuclear power, and the waste from bomb production, which was often done in a rush with little concern for pollution. Spent fuel rods can be stored safely. Weapons waste poses a much bigger problem due to the large variety and sometimes unexpected characteristics of the material to be stored.[16] In evaluating a new reactor design, we must look at the complete fuel cycle, not just the waste from the reactor itself. Are there any problems with the mining, processing, or transportation of the fuel, or with the reprocessing of spent fuel?

Will deployment of reactors to untrusted countries, or countries that might be taken over by rogue actors, increase the risk of proliferation, either by theft of materials in the reactor, or by modification of the reactor to produce weapons-grade materials? Will fuel processing or other activities connected with nuclear power provide cover for a weapons program? Will knowledge of the new reactor designs lead to easier ways to make bombs?

There are three nuclides with potential for making a bomb: U-233, U-235, and Pu-239. Every reactor design has a characteristic isotopic composition in its fuel, which evolves over time as the fuel is consumed. Some uranium reactors have a brief period in their fuel cycle where weapons-grade Pu-239 can be extracted from the partially used fuel. Some thorium reactors with on-site fuel processing may be vulnerable to skimming of a small fraction of U-233 from the process loop.[17] Some molten salt reactors start with uranium enriched to 20% U-235, and that might provide a head-start to a country wanting to enrich all the way to bomb-grade.

Considerations like these favor designs in which all fuel processing is done at secure locations, and there is never any weapons grade material easily extracted from an operating reactor. The requirement should not be perfection, but simply that a new reactor should not allow an easier route to bomb making than currently available centrifuges.

How will the cost compare to existing power sources including wind and solar? Existing nuclear plants have been very expensive, due to the inherent risks in pressurized water reactors (PWR's) and the need for expensive structures and burdensome regulations to deal with that risk. Newer designs promise to be much simpler, and manufactured on an assembly line, rather than site built. Elimination of water at high pressure and temperature avoids the risk of steam explosions. Cost is a lesser worry than the other issues, because the risk can be born by private companies promising to deliver reactors at an agreed price.

One remaining worry is future costs if fuel or some essential material becomes scarce. Some PWR's require hafnium in their control rods, and there was worry about the world supply of hafnium if thousands of these reactors were to be deployed in the coming decades.[18] As for the cost of fuel, the World Nuclear Association says it is essentially unlimited.[19] Some of the new reactors can burn[20] all the uranium, not just the 0.7% now burned by PWRs, and they can even burn thorium, which is three times more abundant than uranium.

Here is a brief summary of several promising designs. Click on the name for an evaluation on the issues raised in this article, and see the external links for additional information.

This is a Molten Salt Reactor (MSR) based on proven technology, using a mix of uranium and thorium in a fluoride salt with a graphite moderator.[21]

This is a Molten Chloride Salt Fast Reactor with no moderator, capable of burning spent nuclear fuel and bomb cores.[22]

This is a smaller version of a standard Pressurized Water Reactor (PWR). [23]

A fast reactor using molten sodium as the coolant. Development funded by Bill Gates. Like the MCSFR, capable of burning spent nuclear fuel. [24]

A Very High Temperature Reactor using helium gas as a coolant, might provide process heat for production of zero-carbon hydrogen from water.[25]

World Nuclear Information Library a well-organized authoritative collection of information on nuclear power.
Our World in Data has a section on Energy and Environment with nice interactive graphics.