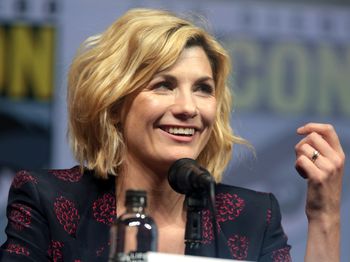 In 2017, Whittaker was announced as the thirteenth actor and first woman to take on the lead role in the television series Doctor Who.[1] She has appeared in several films and television series, including Attack the Block (2011) and Broadchurch (2013).