This article is about type of politician. For other uses of the term Independent, please see Independent (disambiguation). 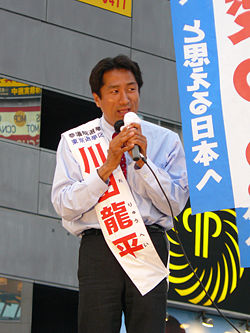 Independent refers to the status of a politician who is not associated with a political party. Such an individual may stand for election to some office or seat in a parliament or other elected institution without a commitment to uphold the policies of a political group, and so may represent any political view. A party politician may also be allowed to disaffiliate from their colleagues and sit outside their group, again choosing to be known as an independent. Independents may well have been elected on a manifesto, however, in which they pledged to represent certain interests and vote according to a particular cause; the term does not necessarily mean that they are politically impartial.

Independents might choose to vote for or against proposed laws according to their personal preferences, the wishes of some other group, such as members of the public who voted for them, or for any other reasons; they are not required to vote with or against a government or party. In practice, elected independents are rare unless they have unofficial support from parties or organisations. For instance, in the 1997 United Kingdom general election independent candidate Martin Bell was elected when two main parties did not field candidates, allowing their supporters to unite and elect Bell on an "anti-sleaze" ticket. In Japan, independent candidates are often backed by political parties, particularly in regional politics, but are not bound to fully represent them. For example, Shintaro Ishihara (石原 慎太郎 Ishihara Shintaroo), the Governor of Tokyo from 1999 to 2012, stood as an independent on first and subsequent election to the office, with support from the Liberal Democratic Party of Japan (LDP) and New Komeito; indeed, Ishihara had previously been an LDP member.

In UK electoral law, any candidate who is not the officially designated candidate of a registered political party must describe themself as an independent (except the Speaker seeking reelection).