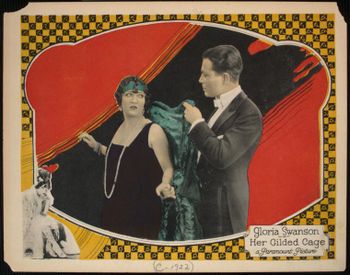 Swanson was born in Chicago, Illinois and entered the acting world when she visited a film studio in 1914 and was asked to be an extra. She went on to make dozens of silent films, including Sadie Thompson (1928), for which she received the first of three Oscar nominations for Best Actress. The second came with her sound debut in The Trespasser (1929). Swanson's popularity declined in the 1930s, but she regained public recognition and her third nomination for Sunset Boulevard (1950),[1] in which she uttered one of the most famous lines in movie history:

During the Second World War, Swanson created a patents company which helped four Jewish scientists to escape the Nazis, on the condition that the company would benefit from their inventions.[2] She also had her own award-winning fashion designs, was married six times and had three children.