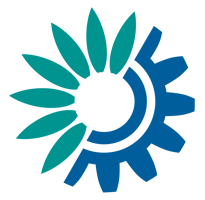 © Image: European Environmental Agency
The official logo of the EEA. 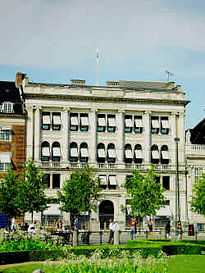 The European Environment Agency (EEA) is an agency of the European Union (EU) established to function as a major source of information and data to be used in developing, adopting, implementing and evaluating environmental policy by its member European countries.[1]

The EEA was established by Regulation 1210/90 adopted in 1990 by the European Economic Community (EEC),[2] which subsequently became a part of the EU in 1993.

The EEA became operational in 1994 and it is currently headquartered in Copenhagen, Denmark with 172 staff members.[3]

The EEA does not initiate or implement any air quality or other environmental standards or emission ceiling limits. That is done by the European Commission, specifically by their Commissioner of the Environment and Environment-Directorate General.[5][6][7][8]

Countries in the EEA 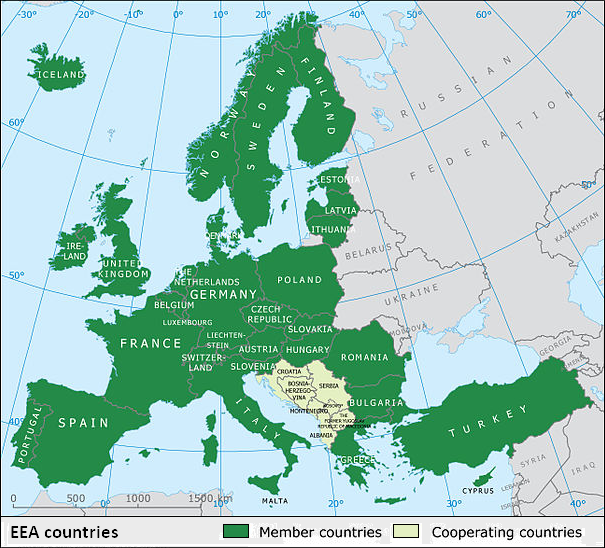 (CC) Map: European Environment Agency (EEA)
The Member and the Cooperating countries in the EEA.

Governance of the EEA

The EEA is governed by a Management Board and a Bureau, with a Scientific Committee in an advisory capacity.[9][10] [11] The basic characteristics of each of these governing bodies are discussed briefly below:

The Board is the decision making body of the EEA. The Board decisions include: adoption of annual and multi-annual work programs, annual reports and other strategic documents, approval of the EEA’s budget, appointment of an EEA Executive Director and an accounting officer, election of a board chairperson and vice-chairpersons, and designation of Scientific Committee members.

The Board chairperson and four vice-chairpersons are elected from amongst the Board members for a term of three years. The Board normally meets three times a year.[12]

The Bureau is composed of the Board chairperson, up to five Board vice-chairpersons, one European Commission representative and one of the members designated by the European Parliament. The Bureau is entitled to take executive decisions, necessary for the effective operation of the EEA in between meetings of the Management Board.

The Scientific Committee advises the Management Board and the Executive Director. It has three major tasks:

Organization of the EEA

There are seven major working groups in the EEA, each having certain subgroups:

The European Topic Centre on Air and Climate Change (ETC/ACC) assists the European Environment Agency (EEA) in its support of European Union (EU) policy in the field of air pollution and climate change.[13] It is a consortium of 14 European institutions, established in 2001 by the EEA, with an annual budget of about 2 million Euros, with RIVM-MNP as the lead institution.

The ETC/ACC reports on the progress of EU environmental policy on air pollutant emissions,[14] air quality, and climate change issues. The ETC/ACC participates in relevant reports issued by the EEA, collects data concerning the current state of the environment, and harmonizes European air quality monitoring networks and reporting obligations.

The ETC/ACC also maintains an online copy of the Model Documentation System (MDS)[15] which is a catalogue of most of the air quality and air pollution dispersion models developed and/or used in Europe. The MDS catalogue listings include the name, description and support contacts for each model as well as other pertinent technical details. The MDS was developed at the Aristotle University in Thessaloniki, Greece.

European Topic Centre on Land Use and Spatial Information

The European Topic Centre Land Use and Spatial Information (ETC-LUSI)[16] is an international consortium under contract to the European Environment Agency (EEA). The consortium is led by the Autonomous University of Barcelona (UAB) from Spain.

ETC-LUSI is part of the European Environmental Information and Observation Network (EIONET)[4] and a support to other Eionet partners. The activities have an important component on networking with various experts in the member countries on data harmonization, quality issues and exchange of data. ETC-LUSI assists countries in discussing options for improving national information systems related to the topic of land use and spatial information.