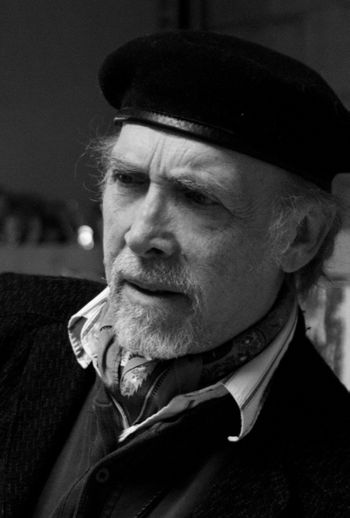 Eugene Daub (1942-?) is an award-winning American scultor known for statuary, busts in a classical style, and for medallic art and bas relief. He has created over forty major monuments in the U.S., including the statue of Rosa Parks in the U.S. Capitol rotunda. His works can be found in the British Museum, the Smithsonian, at various universities, at corporations, in some U.S. state capitals, and in the National Statuary Hall in the U.S. Capital building in Washington, D.C.

Daub has studied at University of Pittsburgh, Pennsylvania Academy for the Fine Arts, and Alfred University in New York. He taught at the Pennsylvania Academy of the Fine Arts (PAFA) from 1987 to 1989. In addition to statuary work, Daub has been dominant as a medallic scultor. In 1982, he joined the American Medallic Sculpture Association (AMSA) as one of its pioneer members, and he is its president in 2021. Daub pushed American contemporary medallic art into the international contemporary movement by achieving recognition from the Fédération Internationale de la Médaille d'Art (International Art Medal Federation, a.k.a. FIDEM).

In the United State, Daub has created many sculptures and bas relief for both private and public use. This article will highlight a few of them.

Some of his works

Eugene Daub described Claude Shannon as "the most famous person most people have never heard of" and admitted that he was quite fond of this particular work, which has turned out to be very popular. At least six versions of the life-sized bust of mathematician and information scientist Claude Shannon are on display at various institutions in the USA, including public parks, universities, and at corporate research headquarters. Locations include:

In 2000, Daub's monument "Lewis & Clark and The Corps of Discovery" was unveiled in Kansas City by the American Bicentenniel Commission.

The bas-relief "We Proceeded On" has hung centrally in the Montana senate chamber since 2005. The sculpture was co-sponsored by the Montana Historical Society and the Lewis and Clark Bicentennial Commission. Mr. Daub was commissioned for the work after a nation-wide competition.

This bronze panel's size is 96" x 204". It depicts the 1805 Lewis & Clark expedition at the High Cliffs area east of Great Falls of the Columbia River, on what is today the border between the U.S. states of Oregon and Washington.. At the panel's center is Sacagawea, the Shoshone woman who acted as interpreter for the expedition.

Daub was the principle sculptor for the statue of Rosa Parks standing in the U.S. Capitol building rotunda; he collaborated with partner Rob Firmin on the concept and the pedestal for Rosa Parks.

Images of the Rosa Parks work will appear here soon: