(CC) Photo: Amelia Badgett
Succession after a fire. Fire occurred 6 months ago (summer 2008) to the left of the trail, has eliminated the Ashe Junipers and will promote mature oak growth.[1] Junipers remain to the right of the trail.

Ecological succession, a fundamental concept in ecology, refers to more-or-less predictable and orderly changes in the composition or structure of an ecological community. Succession may be initiated either by formation of new, unoccupied habitat (e.g., a lava flow or a severe landslide) or by some form of disturbance (e.g. fire, severe windthrow, logging) of an existing community. The former case is often referred to as primary succession, the latter as secondary succession.

The trajectory of ecological change can be influenced by site conditions, by the interactions of the species present, and by more stochastic factors such as availability of colonists or seeds, or weather conditions at the time of disturbance. Some of these factors contribute to predictability of successional dynamics; others add more probabilistic elements. In general, communities in early succession will be dominated by fast-growing, well-dispersed species (opportunist, fugitive, or r-selected life-histories). As succession proceeds, these species will tend to be replaced by more competitive (k-selected) species.

Trends in ecosystem and community properties in succession have been suggested, but few appear to be general. For example, species diversity almost necessarily increases during early succession as new species arrive, but may decline in later succession as competition eliminates opportunistic species and leads to dominance by locally superior competitors. Net Primary Productivity, biomass, and trophic level properties all show variable patterns over succession, depending on the particular system and site.

Ecological succession was formerly seen as having a stable end-stage called the climax (see Frederic Clements), sometimes referred to as the 'potential vegetation' of a site, shaped primarily by the local climate. This idea has been largely abandoned by modern ecologists in favor of nonequilibrium ideas of how ecosystems function. Most natural ecosystems experience disturbance at a rate that makes a "climax" community unattainable. Climate change often occurs at a rate and frequency sufficient to prevent arrival at a climax state. Additions to available species pools through range expansions and introductions can also continually reshape communities.

Many species are specialized to exploit disturbances. In forests of northeastern North America trees such as Betula alleghaniensis (Yellow birch) and Prunus serotina (Black cherry) are particularly well-adapted to exploit large gaps in forest canopies, but are intolerant of shade and are eventually replaced by other (shade-tolerant) species in the absence of disturbances that create such gaps.

The development of some ecosystem attributes, such as pedogenesis and nutrient cycles, are both influenced by community properties, and, in turn, influence further community development. This process may occur only over centuries or millennia. Coupled with the stochastic nature of disturbance events and other long-term (e.g., climatic) changes, such dynamics make it doubtful whether the 'climax' concept ever applies or is particularly useful in considering actual vegetation.

The idea of ecological succession goes back to the 19th Century. In 1860 Henry David Thoreau read an address called "The Succession of Forest Trees" in which he described succession in an Oak-Pine forest.

Henry Chandler Cowles, at the University of Chicago, developed a more formal concept of succession, following his studies of sand dunes on the shores of Lake Michigan (the Indiana Dunes). He recognized that vegetation on sand-dunes of different ages might be interpreted as different stages of a general trend of vegetation development on dunes, and used his observations to propose a particular sequence (sere) and process of primary succession. His paper, "The ecological relations of the vegetation of the sand dunes of Lake Michigan" in 1899 in the Botanical Gazette is one of the classic publications in the history of the field of ecology. 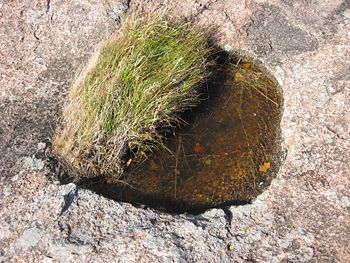 Understanding of succession was long dominated by the theories of Frederic Clements, a contemporary of Cowles, who held that successional sequences of communities (seres), were highly predictable and culminated in a climatically determined stable climax. Clements and his followers developed a complex taxonomy of communities and successional pathways (see article on Clements).

A contrasting view, the Gleasonian framework, is more complex, with three items: invoking interactions between the physical environment, population-level interactions between species, and disturbance regimes, in determining the composition and spatial distribution of species. It differs most fundamentally from the Clementsian view in suggesting a much greater role of chance factors and in denying the existence of coherent, sharply bounded community types. Gleason's ideas, first published in the early 20th century, were more consistent with Cowles' thinking, and were ultimately largely vindicated. However, they were largely ignored from their publication until the 1960s.

Beginning with the work of Robert Whittaker and John Curtis in the 1950s and 1960s, models of succession have gradually changed and become more complex. In modern times, among North American ecologists, less stress has been placed on the idea of a single climax vegetation, and more study has gone into the role of contingency in the actual development of communities.