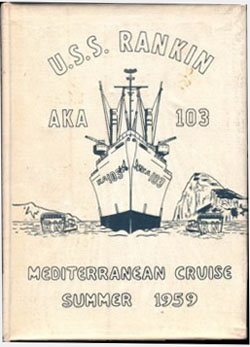 On large ships, the books are produced on board by the ship's Morale, Welfare and Recreation department and Public Affairs staff, and then printed ashore by the same printing companies that publish high school and college yearbooks. The cruise book of a Nimitz Class aircraft carrier typically reaches over 600 pages in length, as it includes portraits of the more than 5000 sailors and Marines assigned to the ship's company and embarked carrier air wing.

Cruise books of smaller ships and units are typically much smaller, often 50-100 pages, and are produced informally by volunteers. They are printed ashore by the same companies that serve the larger ships.

The Navy Department Library has a collection of over 8,000 cruise books and similar Navy yearbooks, dating from the Spanish-American War to the present.