On every construction site there is some kind of construction machinery, making some jobs possible, easier, safer and more reliable. 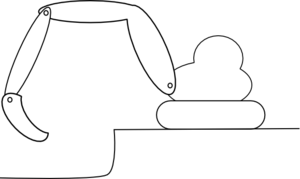 Grader
The grader is constructed in a way that it is able to do levelling jobs very thoroughly and used to prepare the surface for e.g. road construction projects.