Carotenoids are a group of naturally occurring phytochemicals that are structurally related to alpha-carotene. They are antioxidants with a number of health benefits and mostly found in fruits and vegetables. The combined concentrations of lutein and zeaxanthin are generally higher than the concentrations of the carotenes in most food sources.[1]. 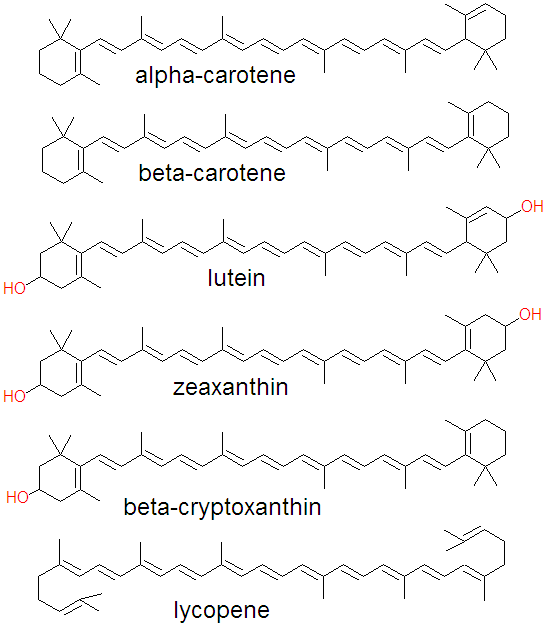