John: I don't want to sound bitchy, so please don't take this that way, but what you did makes the three figures in the 'guilt' article into solid black boxes on my monitor, as the CZ logo was in the Main Page's talk page not long ago. And if you would put them under each other, instead of side-by-side, the full width of the text would fit on my screen and so be readable, which it wasn't the way I had it and still isn't. (On the other hand, I'm the one person in the world who doesn't have any reason to read it.) Anyhow, thanks much for your prompt attention to it, and I leave it in your capable hands, to tinker with further or not as the spirit moves you. -- k kay 00:24, 2 August 2007 (CDT)

Only sometimes -- they were already PNG images when I posted them, and I could see them then but spreading too wide across the page for me to read the article text. From the discussion about the CZ logo, it seems to have to do with filling with transparent instead of a color, and Larry Sanger observed that a large percentage of users are using the older versions, and he was the one who figured out what to do so I could see it again. -- k kay 01:49, 2 August 2007 (CDT)

What did he suggest because i note that the main page is still using a transparent version. Should we not be uploading transparent PNG's? Chris Day (talk) 02:04, 2 August 2007 (CDT)

This page looks okay in Firefox and IE7. Not sure what to do here, except put them one underneath the other. John Stephenson 03:43, 2 August 2007 (CDT)

I didn't do nuthin'. I just uploaded the older, working logo. I have no idea why it was working and why the new one isn't. What I do know is that we cannot have PNGs appearing black to large percentages of our users, no matter how much contempt we might personally have for outdated versions of IE (no offense to users thereof). --Larry Sanger 05:10, 2 August 2007 (CDT)

Martial Arts In Culture of Japan

Sure thing, I'll get on writing something for the Culture of Japan. I think I'll write about martial arts in Japanese culture, as judo is just part of it, along with sumo, karate, samurai culture etc. I'm not sure I can place everything in perfect context, as I'm not a resident of Japan, but perhaps somebody else can check on that later. Andrew Chong 03:05, 2 August 2007 (CDT)

Ok, I've added a Culture_of_Japan#Martial_arts if you want to check it out. There's still some overlap between the martial arts and sports sections, and I'm not quite sure yet how to deal with that. Andrew Chong 08:15, 2 August 2007 (CDT)

Should i email the newspaper it was from (The Boston Globe)? Would they really be concerned about a scan of a 22 year old page? It should qualify under the United States Fair Use law and the Australian Fair Dealing one. Paul Austin 21:07, 3 August 2007 (CDT)

Thanks, it seemed like Citizendium could use some good articles on the martial arts. Actually, the pitiful state of martial arts articles on Wikipedia and the petty squabbling and plain incorrect views that accompanied those articles are really what set me off to look for an alternative to Wikipedia and led me to stumble upon Citizendium. I'm really hoping things will be different here.

As for the martial arts page, I've been working on an article for a day or two and will put it up soon as a rough outline. I'm not quite sure what category to put it in, though, and I think it might deserve a category of its own. Currently, it falls under sports, but not all martial arts are sports, and some absolutely reject the idea of being defined as such. In addition, should the article be for "martial art" or "martial arts"? I couldn't find any policy on the matter. Andrew Chong 22:23, 4 August 2007 (CDT)

Just to update you, I've added a rough version of martial arts. Hopefully, more people will join in, as even writing the parts that I did has proven to be a rather tasking endeavor. Andrew Chong 00:51, 5 August 2007 (CDT)

Hi John, I see you made a few changes on the C article. Please can you check the Talk:C page and tell me what you think of the points I raised there. I want to make the changes I suggested but wanted some other opinions before going ahead. As intimated in my submission, I don't think the C article should be in the computers workgroup as it should refer to the alphabet letter and the article for the programming language C should be at C (Programming language) as it has been done on Wikipedia (see talk page for links). Thanks

John - thanks so much for the vote and the kind words. I had rush written it and almost fell over when I read it was nominated! I have been on the road all week, without checking in here at all. Am going back to it now to look at adding some citations that I think it really needs. Thanks again. --Ian Johnson 07:18, 11 August 2007 (CDT)

Hi John, I see you've removed the linguistics category from the article and the metadata pages. First, I have no problem with this article being in the Classics workgroup only. But one question: do aspects of historical linguistics (incl. philological methods) and etymology of ancient words (Latin, Greek, PIE etc.) not belong into the linguistics group as well? Or do we have a CZ-policy to include only articles dealing with contemporary (= "non-historical") linguistics in the that workgroup? I know that modern linguistics don't really emphasize the historical approaches anymore in many countries, but to my mind that's a bit insular. Cheers,  Arne Eickenberg  talk 06:59, 12 August 2007 (CDT)

Hi, could you do a quick delete of a page for me? It is http://en.citizendium.org/wiki/History_of_Economic_Thought

The article Applied linguistics was graded as not underlinked. I did not notice any footnotes at all. What was the reasoning behind this decision? --Thomas Simmons 21:08, 2 October 2007 (CDT)

Countries of the World

John, I saw that you made some edits on the above article. I am not happy with the formulation of "country" there, and am thinking to change the whole article, along the lines of my older proposal which nobody ever commented on [linked from the Talk page]. If you have any thoughts on this, please comment there or email me or something. In particular, we need to structure different legal forms of territory -- perhaps with subpages? -- and add some more important variables and possibly delete some of the eixsting ones. Thanks for any help yo ucan give. --Martin Baldwin-Edwards 05:44, 5 October 2007 (CDT)

Ok, sound like I have to add the result of the discussion at the biology workpage also to the naming page. Kim van der Linde 21:56, 24 October 2007 (CDT)

There's a party going on... 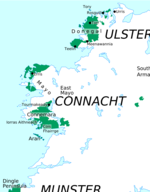 John, I'd be tempted to get with Chris and under the Dr Who main articlespace, have custom subpage tabs added that cover the different doctors/actors in that one area, instead of many different articles covering each different person. --Robert W King 20:40, 8 November 2007 (CST)

I could go for that, but we should have articles for each actor, as they haave/had careers other than in Doctor Who. I am starting stubs for 'Stub Week' to that effect. John Stephenson 20:42, 8 November 2007 (CST)

Hi John, I saw that Larry asked us to write stubs. I wrote Carbon, put "subpages" (in double curly brackets) on top and got terribly confused. I was not able to add categories or status levels to this stub. --Paul Wormer 03:21, 9 November 2007 (CST)