Guanine is a natural biomolecule used as one of the five bases in RNA and DNA. It is incorporated into these nucleic acids in the form of guanosine, a chemical compound formed by the combination of guanine and a ribose sugar. Guanine is also naturally present in phosphorylated forms of guanosine. 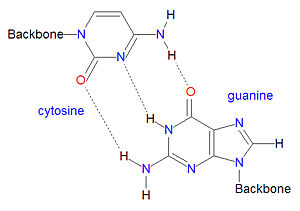