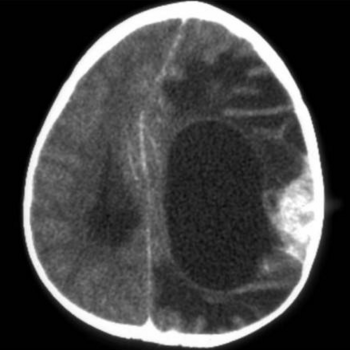 In diagnostic imaging, computed tomography (also known as CT scan or CAT scan) is a form of tomography that uses a computer algorithm to reconstruct the image.

Methods of creating the data for tomographic imaging differ on whether the image is constructed by sending energy generated from an external source through the target, or if the energy comes from a source internal to the target (typically a radionuclide injected into the target's metabolic processes).

In both cases, the receiver(s) for the signal, as modified by the target, are typically mounted on a gantry that rotate them around the target, and then moves the gantry in small distances along the length of the target.