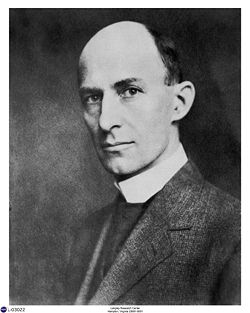 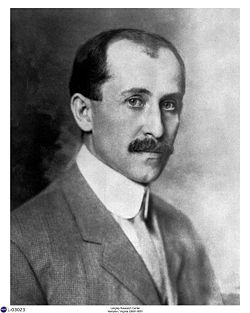 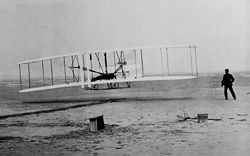 Wilbur and Orville Wright, collectively known as the Wright brothers, were important early aviation pioneers. They are best known for their first flight in a self-powered, controlled, heavier-than-air aircraft at Kitty Hawk, North Carolina on December 17, 1903. They went on to develop fixed-wing aircraft technology in their hometown of Dayton, Ohio.

Neither brother ever married or had a publicly acknowledged romantic relationship.

Wilbur dies on May 30, 1912, at the age of 45, after a month-long bout with typhoid fever. Orville continued working with the brother's company, The Wright Company (incorporated November 22, 1909)even after selling the company in 1915. Orville passes away on January 30, 1948, at the age of 77 due to a heart attack.

Although the Wright brothers receive universal acclaim for their critical advances in the field of aircraft control, specifically control of roll around the longitudinal axis, the assignment of credit for the invention of the "first airplane" is not universal. Some of the disagreements center around technical issues. Some are driven by nationalism.

On technical grounds, critics of the brothers' claim as "first to fly" point to the fact that their early aircraft were unable to take-off from a without the assistance of launch rails, strong headwinds, or (in later days) catapults.

Supporters of the Wright's primacy in powered heavier-than-air flight counter that the use of headwinds and a launch rail were conveniences rather than necessities. The soft sand at Kitty Hawk (and later the rough ground at Huffman Prairie) made wheeled undercarriages impractical. Further, headwinds were required in order to avoid the need for extremely long launch rails. These supporters further contend that had the Wrights attempted their flights on the smooth parkland used by other pioneers, the Wrights might have made other design choices.

The most ardent critics of the Wrights' claim support the claim of Alberto Santos-Dumont to the title of "first to fly". To this day, Brazilians generally credit Santos-Dumont with this honor.

Much of the lingering disagreement arises from the secrecy under which the brothers operated during their early years. In particular, Wilbur traveled to Paris in 1907 with crates that he claimed contained an aircraft. However, he refused to unpack and demonstrate the machine unless guaranteed payment in advance. The era was filled with aviation hoaxes and Wilbur's demands were dismissed. One newspaper printed a headline questioning whether the brothers were "Fliers or Liars". Wilbur returned to the US, leaving the still-packed crates behind in Paris, in late 1907. His departure only fanned the flames of his critics.

Wilbur returned to Paris in 1908 and proceeded to unpack, assemble, and fly his aircraft. The advanced level of directional control exhibited caused a great stir and demonstration was a generally deemed a great success.

However, critics of the Wrights continued to complain that this first public fight in Europe came a two years after the first flight of Santos-Dumont. Some remained unconvinced that the Wrights first flew, as the claimed, in 1903.

After their first public fights in 1908, the brothers aggressively pursued enforcement of their patent claims. These efforts were aided by a court ruling in upstate New York that interpreted their claims broadly. In particular, the brothers patent for control of aircraft roll specified the use of wing warping. However the judge in the case include the use of ailerions within the claims of the patent.

At the outbreak of WW I development of airplane technology in the US was significantly behind that of the European powers. Many at the time blamed the Wrights' unwillingness to grant licenses to competitors, most publicly to Glenn Curtiss, as a significant cause of the disparity. The US War Department, concerned about the situation persuaded the various patent holders to pool their rights and agree to a formula by which all aircraft manufacturers' royalties would be distributed.