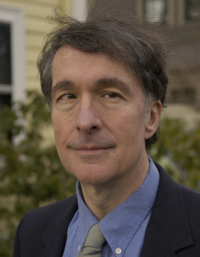 In the 1980s, Harvard psychologist Howard Gardner[1] proposed that humans exhibit "intelligence" in a variety of ways unique to each individual. Still controversial, this theory resonates with teachers and instructors who must find ways to reach their students.

Gardner views 'intellectual competence' as related to problem-solving skills, skills enabling a person to solve problems at hand and to discover or create problems that permit acquisition of new knowledge. He focuses on the cultural context of those competences, recognizing that values differ among cultures.

Gardner writes that most people exhibit strong intelligence, or intellectual competence, of one or more of the following types, with most showing a combination of them (Gardner 1983,1993):

After the publication of his initial work, Gardner postulated the possible existence of another intelligence, Naturalist. This is the intuitive ability to draw upon the world around you and organize, as well as integrate, that information for understanding people and their cultures. People exhibiting this intelligence often exhibit strong existential and spiritual interests (also possible intelligences), concerning themselves with questions of causality ("why").

Gardner argues that none of the intelligences are "exclusive" to others. In other words, any individual does not exhibit only one intelligence. Rather, most people have various combinations of two or more (even all seven) intelligences, and use them in their daily lives when each is appropriate.

Gardner's theory is still being argued within the psychological academic community.[3] Clearly and accurately defining, documenting and measuring these intelligences is difficult. However, Gardner's theory has been widely embraced within the educational community, especially by classroom instructors who see various abilities of individual students that match Gardner's descriptions.[4] Educators have often found that addressing the learning differences that derive from these intelligences benefits students who otherwise might have great difficulty. For example, if a student exhibits strength in a particular intelligence, designing learning experiences that address that student's strengths enhance learning. (See [5] for a list of links to articles about the practical application of Gardner's theory.)