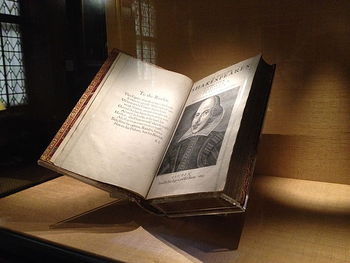 Mr. William Shakespeares Comedies, Histories, & Tragedies, more commonly known as the First Folio, was the first published edition of William Shakespeare's collected plays. It was compiled seven years after his death by two of his colleagues from the King's Men, John Heminges and Henry Condell. About half of the 36 plays had previously been printed in smaller, quarto, editions, often of dubious provenance.