Presbyterian is a term in religion to describe church governance. It has a graded system of representative ecclesiastical bodies (such as presbyteries, sessions, and a general assembly) that have legislative and judicial powers. It stands midway between the "congregational" system (in which the local churches are all powerful, as in the Baptist churches), and episcopal systems, in which the church is ruled by bishops (as in the Roman Catholic, Anglican and Methodist churches).

Presbyterian forms are closely associated with the Church of Scotland which, under John Knox, introduced them in the Scottish Reformation in the 16th century.

Presbyterian churches were set up by Scots throughout the British Empire, and have been characterized by numerous schisms and reunions.

American Presbyterians began missions to Korea in 1884. They remarkably successful, in part because they did not represent the colonial power (which was Japan). By 1912 they formed General Assembly of the Presbyterian Church in Chosun (GAPCC). By the 21st century the population of South Korea is about 28% Christian, with Presbyterians the largest Protestant grouping. However they are divided into numerous denominations. The Council of Presbyterian Churches in Korea (CPCK), formed in 1997, now includes 29 Presbyterian churches, including all the larger ones. Several thousand Korean Presbyterian missionaries are at work in over 100 countries around the world.[1]

Worldwide, the largest denominations are:[2] 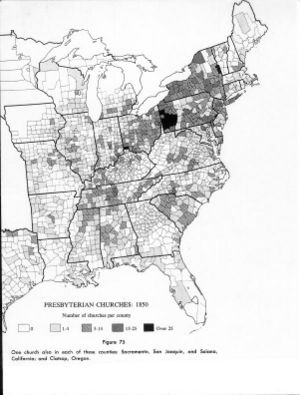