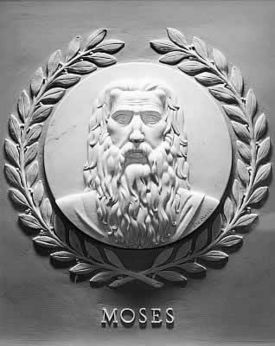 Moses is a Biblical figure, a leader of the ancient Israelites, and lawgiver. Son of Jochebed and Amram, he is most well-known for leading the Israelites' departure from Egyptian enslavement, as chronicled in the Book of Exodus. He also received the Ten Commandments as well as other Biblical laws from God. Moses is traditionally held to be the author of the Torah, the first five books in the Old Testament.