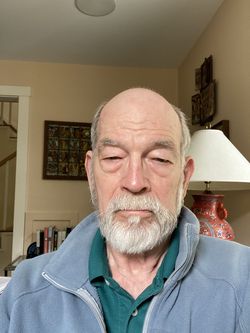 L. David Brown was an early action researcher on civil society organization development, network building and cross-sector collaboration in the service of political, social and economic development. He was born in 1941 in New Haven, CT, the eldest of five children of Lloyd Brown and Laura (Dodge) Brown. He grew up in Bangor, Maine, where his father was a thoracic surgeon. He graduated from Harvard College in 1963 with a BA in Social Relations, spent two years as a Peace Corps community organizer in Ethiopia, and then received an LL.B, an M.Phil, and a Ph.D in Organizational Behavior from Yale University. He wrote a dissertation on catalyzing cultural change in a boarding school with Clay Alderfer as his advisor. At Yale he met Jane Covey, another graduate student, and they married in 1969. They have two children: Rachel Covey Brown of Austin, TX and Nathan Lloyd Brown of Washington, DC.

Brown served from 1971-1980 as an Assistant and Associate Professor in the School of Management at Case Western Reserve University in Cleveland. He was also active as faculty for the NTL Institute, doing experiential labs on interpersonal dynamics, conflict management and organization development. He worked as a consultant on OD and conflict management for clients like DuPont of Canada and Leadership Cleveland, particularly exploring how to build cooperation from conflict. He also became an active member of the Organization Development and Change Division of the Academy of Management, eventually serving on its Board and as its President.

In 1979-80 he spent a sabbatical year as a Fulbright Lecturer in India, exploring applications of organization development and conflict management strategies to problems of social, political and economic development. Rather than return to Cleveland, he and Jane decided to move to Boston in 1980, where they founded the Institute for Development Research, a think-tank on civil society contributions to development and social transformation. He served as President of IDR for the next twenty years, working with NGO partners in Asia, Africa and Latin America to build better understanding and increased capacities of NGOs and social movements.

In 1981 Brown joined the faculty of the Organizational Behavior Department at Boston University, first as a Visiting Professor and later as Professor and Chairman. From 1981 to 1999 he taught courses there on organization change, conflict management, intersectoral partnerships, and research methods. In 1979 he became a Visiting Professor of Public Management at the Hauser Center for Nonprofit Organizations at the Harvard Kennedy School, and stayed for the next decade as a Senior Fellow and Director of International Programs. He taught courses about civil society in development and creating intersectoral partnerships while building research programs on civil society accountability and transnational movements for human rights and development. He also helped found the International Advocacy NGOs Workshop, bringing together many development, environmental and human rights NGOs to grapple with the challenges of legitimacy and effectiveness in transnational advocacy. That organization produced an Accountability Charter for International NGOs to build cross-sector standards for legitimacy and accountability.

Brown was faculty for group dynamics and organization development programs and a Board member for the National Training Labs Institute. He was an active member of the Academy of Management, ARNOVA and ISTR for many years. He served on the Boards of Oxfam America, World Education, PRIA International (New Delhi), Akiba Uhari (Nairobi), and the Consensus Building Institute. He was also on the editorial boards of journals like Applied Behavioral Science, Action Research, and Institutional Development. In 2020 he was awarded the Lifetime Achievement Award by the Conference on Cross Sector Social Initiatives.

Brown retired from the Kennedy School in 2011 and lives in Harpswell, Maine. He has continued to work as an independent researcher-consultant on civil society contributions to social, economic, and political development. He has served on the Board and as President of the Harpswell Heritage Land Trust and he was Co-Chair of the Steering Committee of Harpswell Aging at Home, a citizens’ organization that helps older adults thrive while staying in their homes, from its inception in 2015 until 2021. He continues to play tennis (doubles), ski, kayak and hike local trails with Jane and Isla, their resident Cavalier King Charles spaniel.