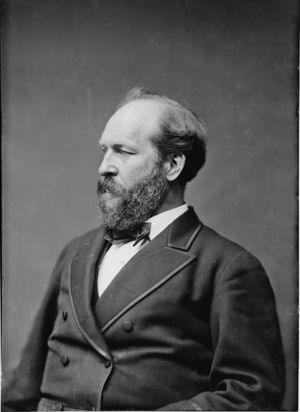 James Abram Garfield (1831-1881) was the 20th President of the United States, serving in 1881. He was a member of the Republican Party. Garfield was a member of the House of Representatives representing Ohio before his election to the presidency. His administration was known for efforts against postbellum corruption. Besides politics, Garfield was also known for his new proof of the Pythagorean theorem using a trapezoid. Garfield was assassinated in 1881 by Charles Guiteau, who resented not being appointed to a federal office.