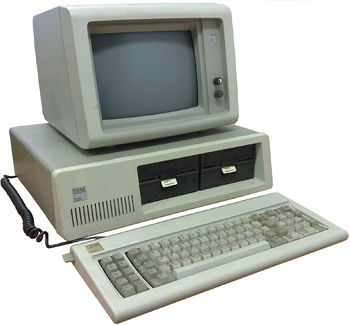 The original IBM PC in 1983 was the first in a long series of IBM-compatible PCs.